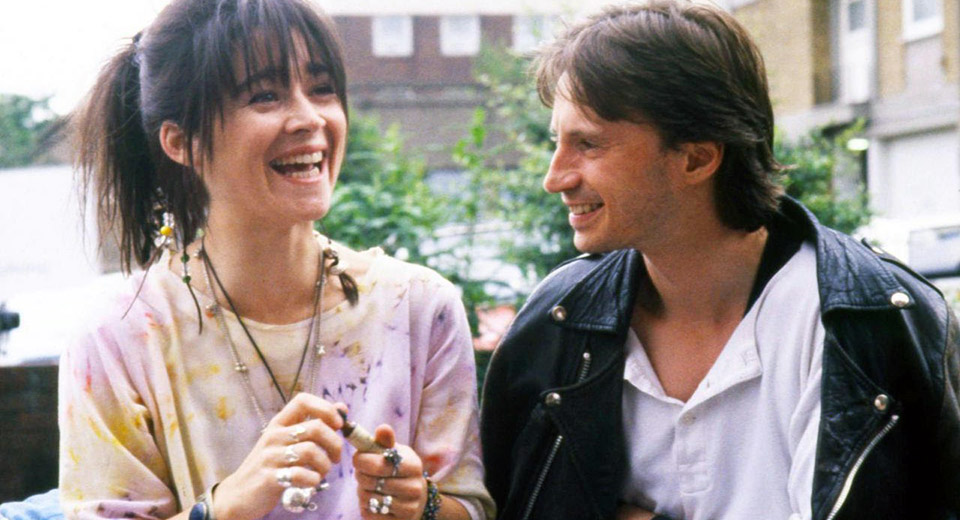 "I've got fuck all, same as you," Stevie (Robert Carlyle) screams at a would-be burglar who has broken into his squat. Ken Loach manages an impressive balancing act in Riff-Raff by foregrounding the costs of internecine class warfare without sanctimony and pedantry. Stevie and a largely charming bunch of proles rehab flats for the swells of Thatcher's merciless London when they're not squabbling amongst themselves over small debts. Among the crew: Larry, a rabble-rousing mother hen and the film's socialist conscience; Shem, an aging rebel without a cause; and Desmonde, a young black man with dreams of finding his roots by partying in Africa.

Stevie wants to own a store selling boxer shorts and socks one day if he can "get a foot in the door." He falls for Susan (Emer McCourt) while returning the handbag she presumably forgot while fleeing her former squat. She's a fledgling singer prone to depressive episodes, interested in the zodiac and sensitive to caffeine. She reciprocates his affection, and the two move in together, more out of economic necessity than dedication. They are happy for a time, until they aren't. Loach doesn't follow any romantic formulae. Their relationship, like most outside of television and the cinema, is untidy and vulnerable to the demands of subsistence.

Turns out Susan isn't an undiscovered gem or a star on the rise. She can barely carry a tune, so much so that she's viciously heckled during a public performance to which Stevie has brought his coworkers. She flees the stage, but Larry lures her back after reprimanding the crowd for inhospitality. She returns to lead a singalong of "With a Little Help from My Friends" and the patrons are won over while Loach sympathetically captures the misguidedness of her ambition. Stardom, wealth and singular adoration are far outside of her reach, but she facilitates a moment of fleeting yet profound connection among her ilk simply by singing with them. Until the film's final moments, no one—save the split-pantsed sage, Larry, played squinty and sweet by former trade unionist Ricky Tomlinson— recognizes the power they all share. They are instead victimized by their dreams, diverted from their conditions.