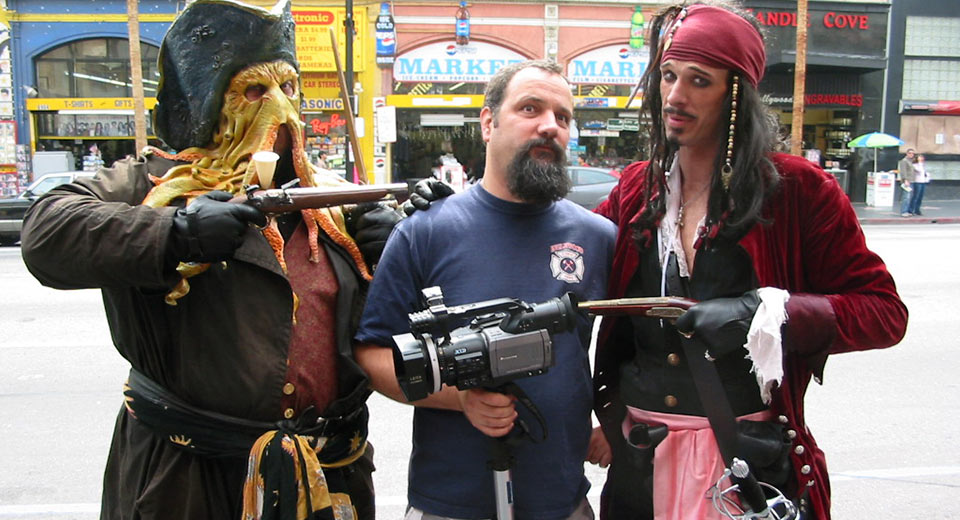 There is a far-off look and drained, slender voice common to many of the subjects of David Markey’s The Reinactors (2008). These are heartbreakingly real people who spend all day on Hollywood Boulevard dressed as well-known characters from popular culture. They can earn up to $100 a day posing for pictures with tourists. Their characters range from Superheroes to SpongeBob. Nearly all of them mention how “fun” their work lives are, despite harassment from the cops, turf wars and grinding poverty. But so many of them look and sound mesmerized, as though still captured by the dream that led them to Los Angeles, shockingly undeterred by such a degraded existence. They consider themselves “part of the entertainment industry,”which sounds grandiose until you consider that they are the ones providing the flesh-and-blood experience to tourists seeking tangible magic on Hollywood sidewalks.

To Markey’s credit, he is exceedingly fair to his subjects, allowing them to tell their own stories, some worthy of Raymond Carver. But it’s hard not to cringe at the self-delusion — and possible mental illness — on display. As with all human societies, hierarchies form and sectarian tension threatens the peace. At the top of the food chain is a scrawny Superman, whose slight resemblance to Christopher Reeve fostered an obsession that’s turned his apartment into a claustrophobic museum of worthless tchochkes. His high standards for comportment on the boulevard mask Machiavellian tendencies to control the game. He is a known police informer who cautions tourists away from colleagues who use “black drugs.” He takes a condescending view toward peers who play multiple characters, derisively calling them “chameleons.” In his world they lack the integrity of a star persona. One such performer assumes a half dozen characters in the film, from James Dean to Peter Pan to Luke Skywalker, until eviction from his storage unit downsizes his wardrobe. In one sense the lack of self-awareness here mirrors perfectly the actor bullshit machine that fuels press junkets and award speeches. Yet without the spoils of fame and wealth, it’s much harder to watch.