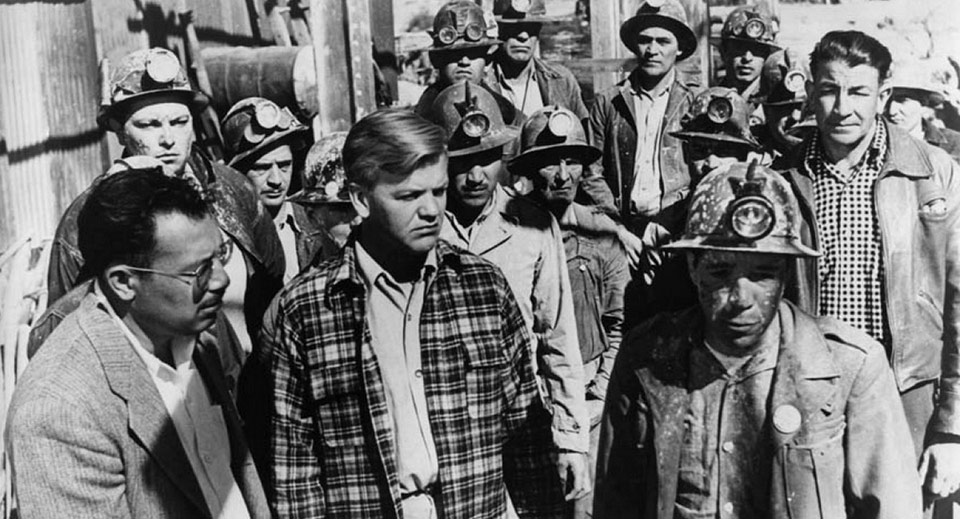 Thom Andersen's compilation film Red Hollywood (1996) evolved out of a 1985 essay of the same name (later expanded into a book with Noël Burch), which explored the myth that the writers and directors fingered as subversives by the House Un-American Activities Committee were nothing but harmless dupes and that the scare was out of all proportion with the actual level of Communist influence in the movies. Andersen and Burch argued that, far from fools, Tinseltown’s Reds were actually cunning enough to imbue their movies with a communist ethos and get away with it. A decade later, Andersen converted the essay into a film, the only form adequate to its subject.

Mostly composed of clips from at least 48 movies—from the didactic Sinatra short The House I Live In (1945) to notorious tattletale Elia Kazan's Academy Awarded On the Waterfront (1954)—Red Hollywood lays out the different phases of both subterranean and overt communist material in mainstream Hollywood fare. When Hitler broke his non-aggression pact with Stalin and the Soviet Union and the US became temporary allies, the American motion picture industry could produce unabashed celebrations of Russia's moral challenge to fascism (musicals to match the most flamboyant Stalinist spectacles—such as Thousands Cheer (1943)—made their way to American screens), but when the hot war was replaced by the cold one, Communists became personae non gratae. Several films by the infamous Hollywood Ten are quoted: Blockade (1938) by John Howard Lawson and Ring Lardner Jr., Pride of the Marines (1945) by Albert Maltz, We Who Are Young (1940) by Dalton Trumbo, and Tender Comrade (1943) by Edward Dmytryk, to name a few. Other honorees include Abraham Polonsky and Paul Jarrico, who reminisce in interviews, and Cy Endfield and Joseph Losey, who expatriated to England. No mention is made of Jules Dassin, who made supremely moving, class-conscious films in the US before fleeing across the pond, but he would certainly have deserved a nod.

In a review of Hail Caesar!, The Nation's Stuart Klawans claimed that the Coens adopted Andersen and Burch's argument wholesale and fitted it into an imaginary history in which not only were Communists pulling the strings the whole time, but there wasn't any blacklist at all. With the real history of the blacklist enjoying a resurgence of interest among programmers and critics and within Hollywood itself (recall Bryan Cranston's Oscar-nominated turn as Trumbo), Red Hollywood remains a feat of scholarship unlikely to be surpassed any time soon.