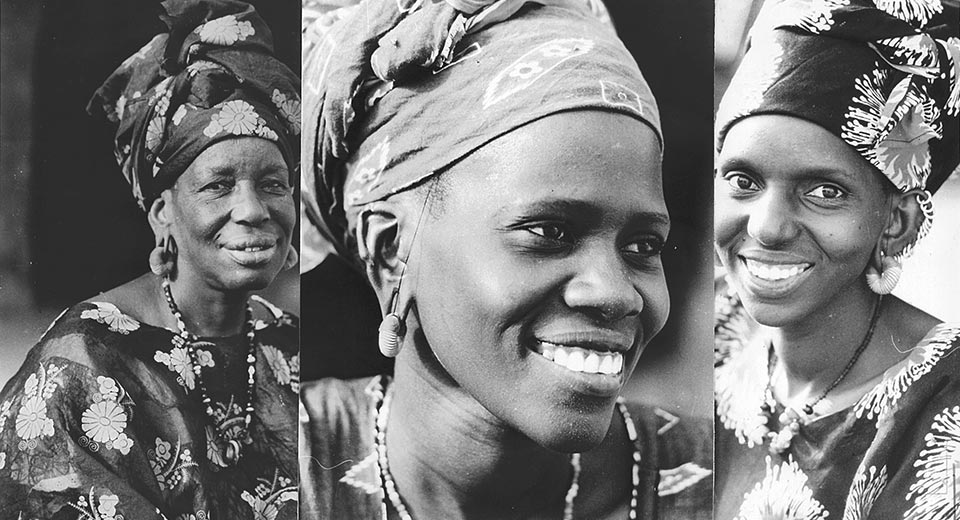 It’s clear from the very beginning that nothing you see or hear is to be taken for granted. Reassemblage opens with festive West African music playing against a black background, but the music stops abruptly. The screen cuts to a man carving wood, in silence. And then a child. Children. The shot repeats. Child again. Old man…

Subverting conventional ethnographic filmmaking techniques, Trinh T. Minh-ha plays with repetition, non-sync sound, quick cuts and close-ups without context that disrupt temporal and spatial continuity and any attempt by the viewers to draw quick conclusions about the people and place on screen. All we know is that this is a film set in Africa, but “a film about what?” Trinh’s friend asks.

“A film about Senegal. But what in Senegal?”

Reassemblage (1983) is the first film by Trinh T. Min-ha, who was born and raised in Vietnam and then studied music composition, ethnomusicology, and French literature at the University of Illinois at Urbana–Champaign. It is groundbreaking in its artful critique of ethnographic filmmaking as a genre that tends to rely on taking possession of the images of “the Others” and imposing meaning with authority. Trinh insists on “speaking nearby” and not “speak about,” which is yet another significant departure from the cinéma-vérité approach, exemplified by artists like Jean Rouch, in which the ethnographic filmmaker not only “speaks about” but also inserts himself into the culture that he is documenting. More than three decades later, Reassemblage is still a powerful reminder of the limits of ethnography, language, sound, and images.