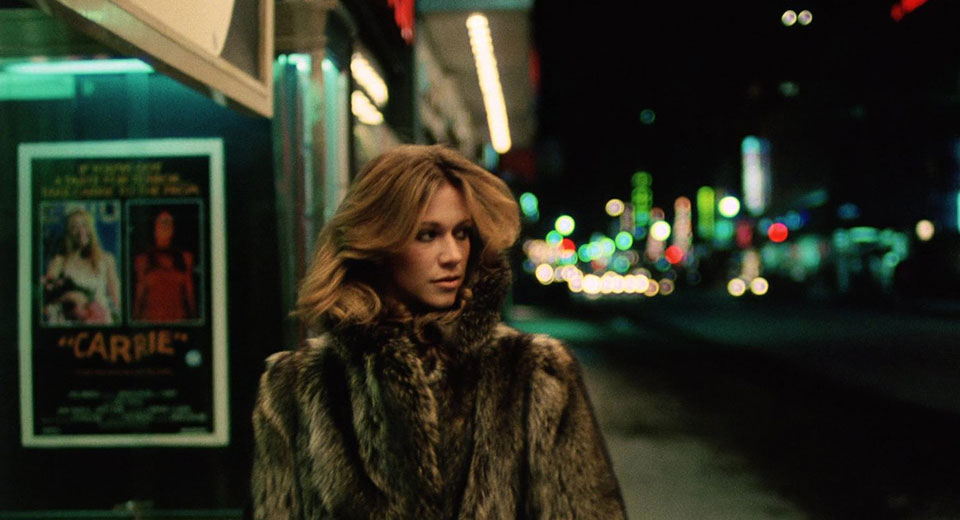 In Rabid (1977), Rose (Marilyn Chambers) sustains severe burns after a motorcycle accident and receives an experimental skin graft from avant-garde plastic surgeon Dr. Keloid. The treatment should assist in the regeneration of her damaged skin and organs, but instead it burdens her with a taste for blood and spurs the growth of a phallic stinger in her left armpit. She becomes a remorseful monster, a reluctant slave to her new body’s desires. It’s a suitably Cronenbergian setup for David Cronenberg’s fourth feature.

When not feeding on cows, Rose seduces men and women until they’re close enough for her to bite and sting. The bites feed her bloodlust, but the sting infects recipients, who zombify quickly and spread their infection via before a quick death. As Rose grows increasingly desperate to slake her thirst, TV news warns of a new strain of rabies spreading across Montreal. (For what it’s worth, the newsmedia and public debating the need for martial law following the outbreak is refreshing when you consider the assumption shared by most current films that immediate military involvement is required for any and all social discord.)

Like the many versions of Invasion of the Body Snatchers or the Alienfranchise, Rabid mines the innately disturbing possibilities of reproduction divorced from penises and vaginas. Even though millions are affected by the common cold or far worse every day, we’re easily unnerved to think of ourselves as mere vessels for expanding populations of viruses, parasites and bacteria. As he would in The Fly a decade later, Cronenberg wrings maximum discomfort by enlarging microscopic phenomena to a human scale. The juxtaposition seemingly lapses into misogyny when Rose fuses sex and death in her predations during scenes that occasionally resemble cheap sexploitation fare. Other scenes bask in the poetic justice of creepy dudes dying at the hands of a vampiric lady with a killer phallus under her arm. Cronenberg would eventually iron out the implications of his trademark body horror by ramping up the metaphysical aspects and minimizing retrograde generic conventions.