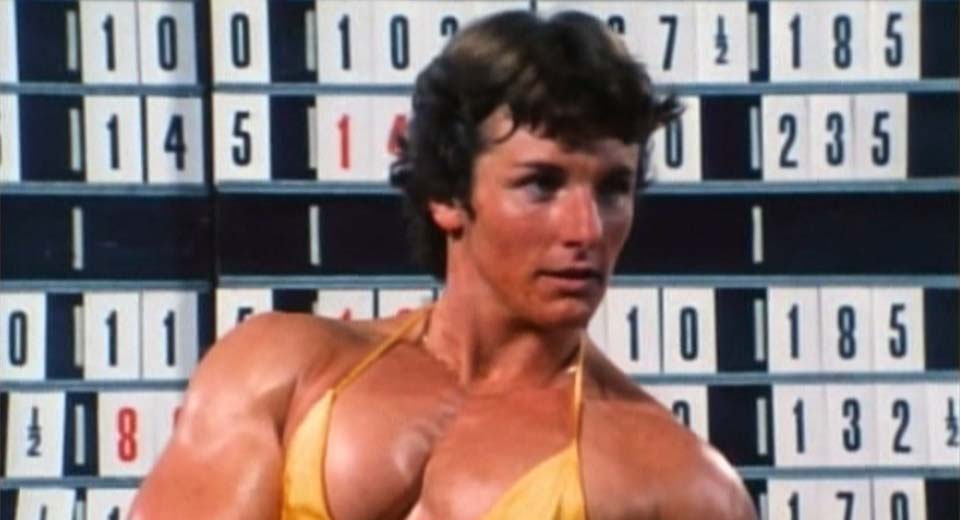 Pumping Iron II: The Women transcends its predecessor as a thought-provoking snapshot of a subculture, but remains curiously divided against itself. The original film took gobsmacked viewers from punishing weight-lifting regimens in Venice Beach to mythological visions of a silhouetted Arnold Schwarzenegger flexing at the top of a mountain. In this world, the male form’s perfection was to be found in the symmetry and size of well-oiled muscles. The sequel presents a far more intriguing set of questions surrounding the female form.

At the center of these questions is Bev Francis, an Australian powerlifter possessing musculature substantial enough to rival most male counterparts. Her competitors in the Caesar’s World Cup (a competition created for the benefit of the film) present toned stomachs and hourglass figures in accordance with the standards for fitness models of the VHS era. These participants, as well as various trainers and competition judges, debate whether or not Francis’ boxy, severe frame is a worthy acme of the female body. “I want a woman to look like a woman,” a male judge intones during an open debate with the contestants.

To its credit, the film takes the discussion seriously by hinging its dramatic arc on Francis’s placement in the final ranking. To its shame, the film licks its greasy chops during porny sequences featuring competitors showering and swimming. The lathered navels could have found a home in any softcore Cinemax offering, undermining the film’s efforts to propose Francis as a force for expanding definitions of femininity. Ultimately, Francis’s natural charisma registers more powerfully than the T&A, particularly during a sequence in which she parodically mimes pinup poses for the amusement of her family.