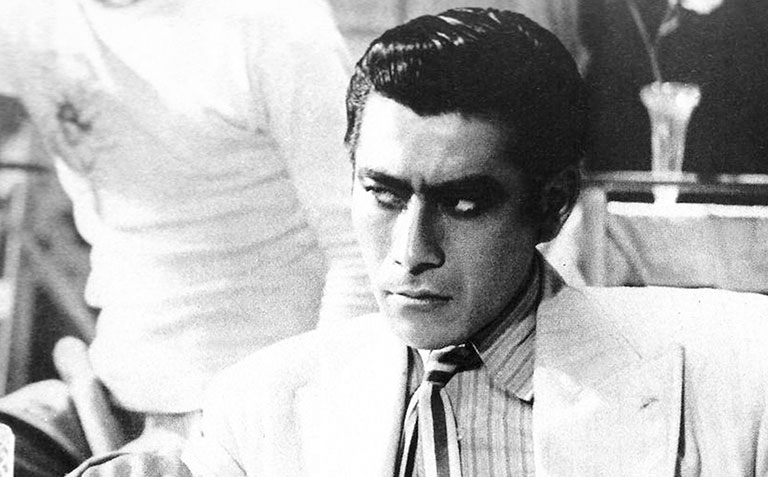 Starting today and running through November 7, Film Forum presents "Shitamachi: Tales of Downtown Tokyo," a 38-film Japanese cinema series that immediately follows the conclusion of their one-week theatrical run of Tora-san, Our Lovable Tramp (1969) in recognition of its 50th anniversary. Like the titular Tora-san, series curator Aiko Masubuchi was born and raised in the Eastern part of Tokyo known as Shitamachi—an area characterized by its no-nonsense merchant class and often contrasted with the more affluent Yamanote area—and brings a personal perspective to the thematic series with a lineup that encompasses over seventy years of Japanese film history (from 1929 to 2004). Masubuchi chatted with Screen Slate’s K. F. Watanabe (with whom she used to work as the Senior Film Programmer at Japan Society in New York City) over email and instant messenger to unpack Shitamachi, her curatorial approach to the series, and a few stand-out selections.

K. F. Watanabe: What was the initial inspiration for this film series?

Aiko Masubuchi: It started with Bruce [Goldstein, Film Forum Director of Repertory Programming] telling me that he really wanted to give the first Tora-san film a theatrical run at Film Forum. When I found out that Shochiku was doing a new restoration for the 50th Anniversary of the film, I told him that this is probably the year to do it. He also mentioned that it was a while since Film Forum had done a large-scale Japanese cinema series so we thought it would be good to do something in conjunction to Tora-san. In our discussions, I was reminded that we once brought up the idea of a Shitamachi film series. I am from Shitamachi, so is Tora-san, and I saw an opportunity to expand and complicate the depiction of the working class in the Tora-san films.

How did you approach Shitamachi as a programming concept in selecting the titles?

Shitamachi is both a place and an idea, not any specific address, so the lines are very blurry. There's no marker that indicates we're crossing over into Shitamachi in Tokyo—it's not like New York City boroughs. When I first started curating this, I thought I would focus on geography by choosing films set in the eastern side of Tokyo. But because Shitamachi also alludes to so much more that is immaterial, like a way or life or a certain kind of ethos, I had to rethink my method. What ended up being very helpful and inspiring to me was the term "psychogeography" as well as Rebecca Solnit's approach to mapping New York City via various narratives and myths that exist in the city. I took the same approach with Shitamachi and let different kinds of indicators like class, politics, landmarks, language, and landscapes guide me in selecting the films. 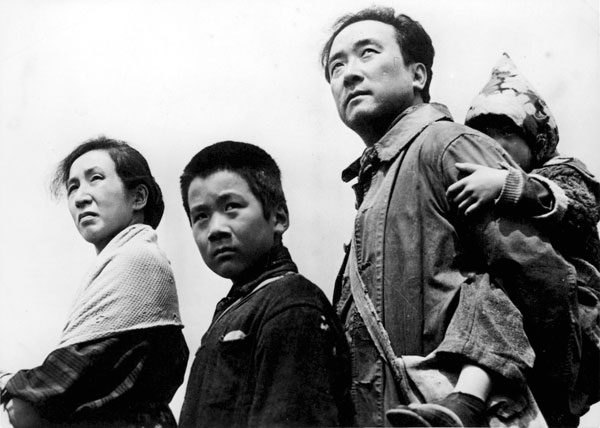 How would you describe that Shitamachi way of life, or ethos?

It's difficult to disentangle my associations of Shitamachi from images based on popular media, like movies or even tourism narratives, but I do think I grew up around people who have a certain brashness about them and are always in each other's businesses, for better and for worse. My dad was born in 1947 in Shitamachi (Machiya) and he always jokes that his elementary school reunions are full of yakuza, cops and thieves (saying they're all the same anyway). People from Shitamachi also really take matsuri (festivals) really seriously. I think I experienced by first shoulder cramps as a 10-year-old when I did my first mikoshi (carrying a sacred religious palanquin). I don't think I've ever recovered from that. People also joke a lot and tease each other a lot. You'll see it in a lot of the films in the series but people in Shitamachi really do call each other "bakayaro" ("idiot") all the time.

Yeah, I feel like this context helped me unlock a deeper understanding of Takeshi Kitano, who essentially taught me that phrase through his movies.

What’s changed about the Shitamachi area over time?

A lot, even in my lifetime. Gentrification is real. For me, one of the saddest changes has happened in Ueno. When I was growing up, Ueno station was surrounded by movie theaters and used bookstores. It was my playground growing up. Today, it's surrounded by shopping centers and the movie theater is now a commercial Toho cinema. There is a pink theater that still exists there though, and still lots of mom-and-pop shops. I should say that good changes are happening there, too. There’s a really exciting new queer space starting in Shitamachi called PURX that is doing important work around gender and sustainability, inserting those subjects into ongoing conversations about class and community support.

Are these changes seen or discussed in the films? Nostalgia for “Old Japan” or a bygone way of life seems central to Shitamachi.

Yeah, definitely. Both of the Obayashi films in the series, Reason and The Discarnates are great examples of films that discuss these changes, each of them dealing with this idea very differently (as I’m sure you remember from the 2015 Nobuhiko Obayashi retrospective we organized at Japan Society with Aaron Gerow). Obayashi is a master at making nostalgia actually interesting; it’s never just about looking back, but about learning from the past and being haunted by it. Yoji Yamada’s films (Tora-san, Shitamachi Sunshine, A Class to Remember ) are also about the past, but he wants you to cry about it instead. Thankfully, he’s very good at that. 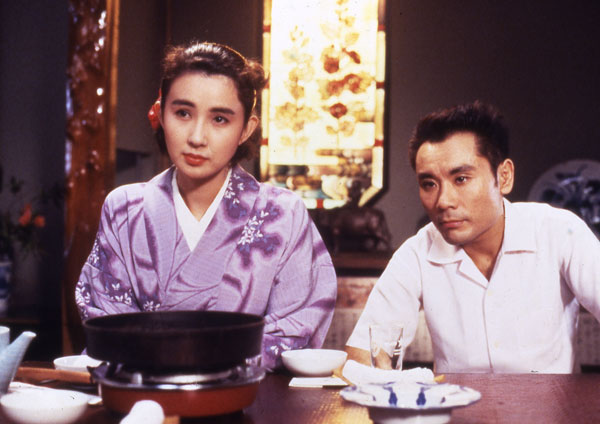 What were some of the most surprising or interesting things that came out of your research?

Well, putting together a series that tracks through so many decades—from the 30s through to the 2000s—I was able to trace multiple histories. I got to spend time reading more about the Toho labor struggle (1946-48) that resulted in the firing of filmmakers such as Satsuo Yamamoto (director of Street Without Sun, who started off as an assistant director to Mikio Naruse) and cinematographers like Yoshio Miyajima (The Human Condition, Still I Live On ). They were eventually joined by director Tadashi Imai (Kigeki: Nippon no Obaachan, Still I Live On), who, along with Yamamoto, was one of the leaders of the movement, and they established Dokuritsu Pro (Independent Production) to create work outside of the studio system, the first of which was Still I Live On in 1951.

The history of the Toho labor struggle is interesting in and of itself, but particularly interesting to me is the fact that unionization was at first encouraged under the U.S. Occupation in the interest of spreading democracy, but by 1948, when the Cold War started intensifying, the tides turned completely and the Occupation was actively crushing movements with any communist of socialist tendencies in Japan, including organized labor at film studios. It was a good reminder for me that postwar Japanese history is intimately connected to the U.S. on so many levels.

Absolutely. That struggle, strongly influenced by U.S. forces, more or less resulted in the birth of Japanese independent cinema. I’m especially glad to see the inclusion of a Dokuritsu Pro film in the lineup. I didn’t know about that collective until we showed the recently rediscovered Hiroshima (1953) at Japan Society in 2018.

Yeah! Actually, there are two in the line-up. The Street WIthout Sun is also a Dokuritsu Pro film. That one’s also screening at Yale University after the Film Forum series.

It’s such a stacked lineup, including well-known classics and some films that most people, even fans of Japanese cinema, wouldn’t have seen before or have even known about. What are some of the rarest titles you’ve included in the series?

There are so many! Probably Ningen Gari and Kigeki: Nippon no Obaachan. To my knowledge, neither of these films exist on DVD, even in Japan. Oh! Actually, another one that is very rare is Shitamachi by Yasuki Chiba! It’s a romantic drama with Isuzu Yamada and Toshiro Mifune. You’d think that with Mifune as lead, it would be easy to see, but it really isn’t.