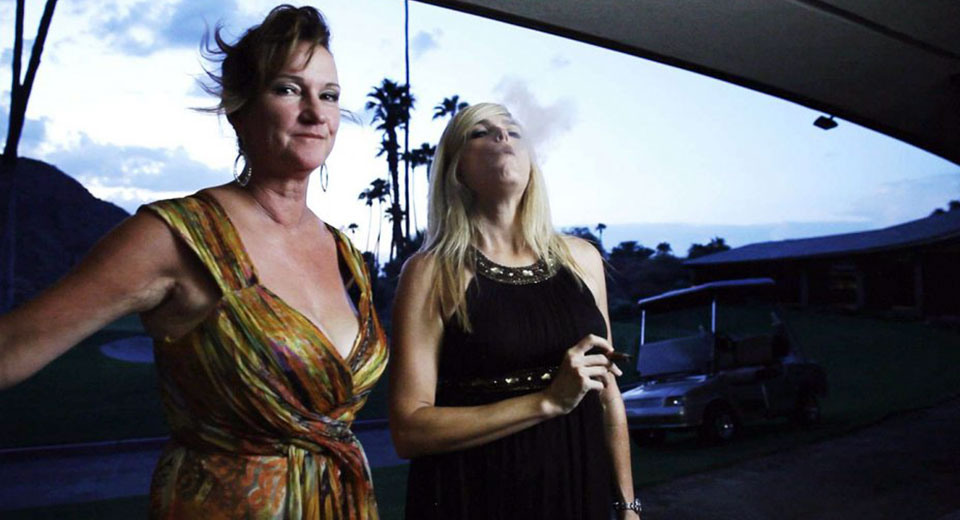 Ten years after his lurid and fascinating documentary Zoo, which explored one Seattle-area man’s accidental death during a sex act with a stallion, director Robinson Devor returns to the format for a considerably less explicit, but no less thought-provoking meditation on materialism and colonialism in California’s Indio Valley. Although Devor’s output leans toward the infrequent, his filmography consistently displays a nuanced and empathetic eye for unusual outsiders: from Los Angeles billboard pin-up Angelyne, to the swaggering macho car salesman-turned-auteur in The Woman Chaser, and the opportunistic traveling crooks in last year’s You Can’t Win.

In Pow Wow, we’re offered an anthropologist’s view of two wildly different economic strata: the sun-kissed, wealthy denizens of Palm Springs, and the Native American community—past and present—clinging to their toehold on the periphery. Scenes of “pow wow”-themed golf parties, polo-playing teens, and retirees provide the leather binding for an experimental and experiential recounting of Willie Boy (of Tell Them Willie Boy is Here notoriety), the Paiute tribesman whose 500-mile manhunt gripped the nation’s papers in 1908. Structurally, the resulting work is at once jarring and hypnotic, juxtaposing the lux interiors of sprawling McMansions with the endless, fiery night skies of the Inland Empire. Each player, sourced from disparate edges of this scattered desert community, is regarded with the same cool gaze, free to speak their truth... even if the resulting yarn weaves them just enough rope.