Possibly in Michigan + The Fetishist 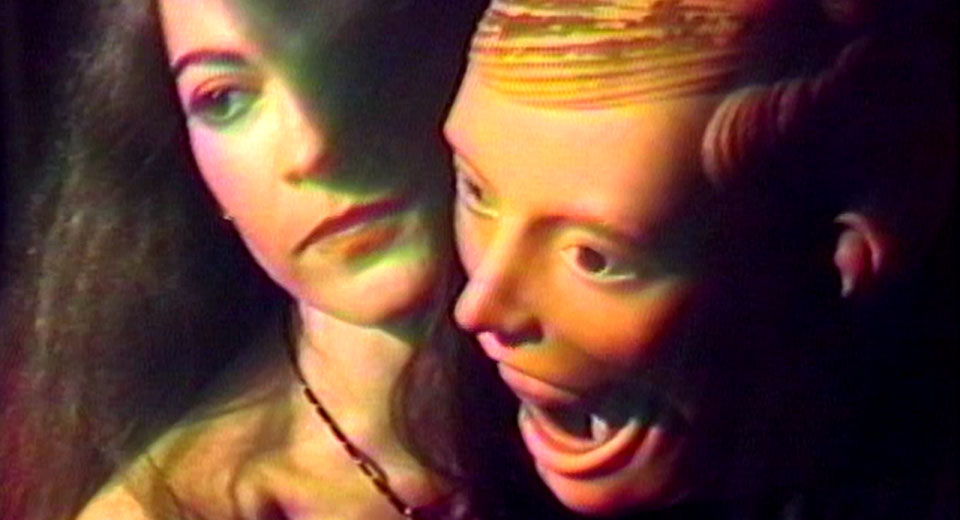 This evening Light Industry explores the weird Midwest with a double bill of artist film and video inspired by grisly true crime: Cecelia Condit’s “Possibly in Michigan” and Jim Trainor’s “The Fetishist.”

Condit’s “Possibly in Michigan” (1983) is by now well-known for its seemingly irrepressible afterlife as a viral sensation. In 2015 it reached the homepage of Reddit as an anonymously posted, untitled YouTube video under the headline “Possibly the creepiest thing I've ever watched,” and more recently it’s become an unlikely smash hit on social media app TikTok, where teenage users have racked up hundreds of thousands of views by lip syncing to audio snippets. The macabre lo-fi musical horror video narrates the story of friends with two things in common, “violence and perfume,” who turn the tables on a cannibalistic boyfriend. Like the work of Condit’s Pennsylvania Academy of the Fine Arts classmate David Lynch, it discovers behind the cosmetics counter a rabbit hole into a whimsical and disturbing world. The video’s hallucinatory atmosphere is enhanced by Condit’s film-video hybridization techniques, rapid editing, and pitch-shifted sing-songy audio. But it’s likely the misanthropic and seemingly unconditional female friendship at its heart that makes “Possibly in Michigan” such an intimately treasured and enduring favorite across generations. In subsequent decades, Condit has continued to produce an inimitable, often strange, and deeply moving body of work based around relationships between women and relaying friends’ stories into elliptical and profound feminist fairytales.

Trainor’s “The Fetishist” opens with a title card explaining that it’s based on “A Study of William Heirens” from a 1947 volume of American Journal of Psychiatry. In his late teens, Heirens killed three women in the suburbs of Chicago and was described as the “Lipstick Killer” after his method of scrawling messages at the scenes of his crimes. Animated with black-and-white Sharpie and photocopy collages, Trainor’s film is largely a selection of private, personal moments from Heirens’s upbringing. Biographical incidents like Heirens stepping into his mother’s underwear or studying crustaceans in science class are intercut with surreal episodes, in which Heirens imagines growing a giant tumor in his arm. Although Trainor’s simple line drawings create a deadpan, ironic effect, it ultimately forms an earnest and disturbing psychological portrait.

Tonight’s screening begins at 7:00 pm, and “Possibly in Michigan” and “The Fetishist” screen respectively on their native video and 16mm film.