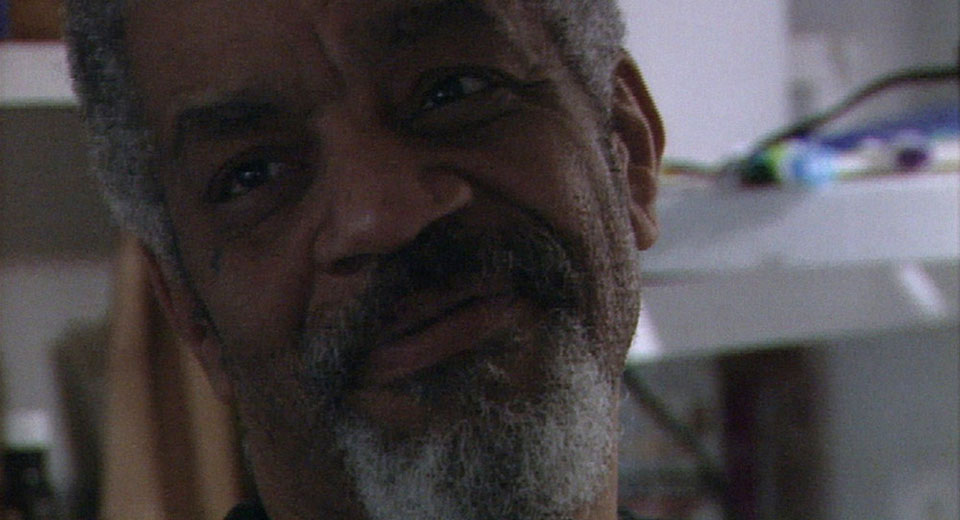 The success of The Plagiarists, a loopy, goofy metacritique crafted by director Peter Parlow and collaborators James N. Kienitz Wilkins and Robin Schavoir, hinges on two big conceptual — and very, very funny — jokes, one near the halfway point of the film and the other which doesn't hit until the end credits. The effects of these punchlines ripple out in concentric circles, tangling the films dopey central couple (a self-proclaimed "novelist" and a commercial cinematographer, both young and white) in a mess of ethical dilemmas about authorship, copyright, fiction and non-fiction, media consumption and, ultimately, "the truth" and how it should be presented. All this anxiety-spiral philosophizing is put into motion by a charming, offbeat stranger named Clip (the acting debut of P-Funk's Clip Payne), who rescues the couple when their car breaks down in a snowstorm, and shelters them from the night. He settles their nerves and rejuvenates their creative drive with tales of his childhood in Detroit, and gifts the man an interlaced broadcast news camera that shoots Betacam SP (ostensibly the camera on which the film was shot). The film then skips ahead to the summer, where a discovery puts a disconcerting light on some of the things Clip regaled. His warm, bemused smile hangs like a phantom over the characters for the rest of the film as they suffer something of a pop cultural identity crisis. By the time the film is done peeling back its satirical layers, basically every line of dialogue, cultural reference, and incidental background music choice is proven part of the joke, an ex post facto payoff that renders the film a neatly devious prank.