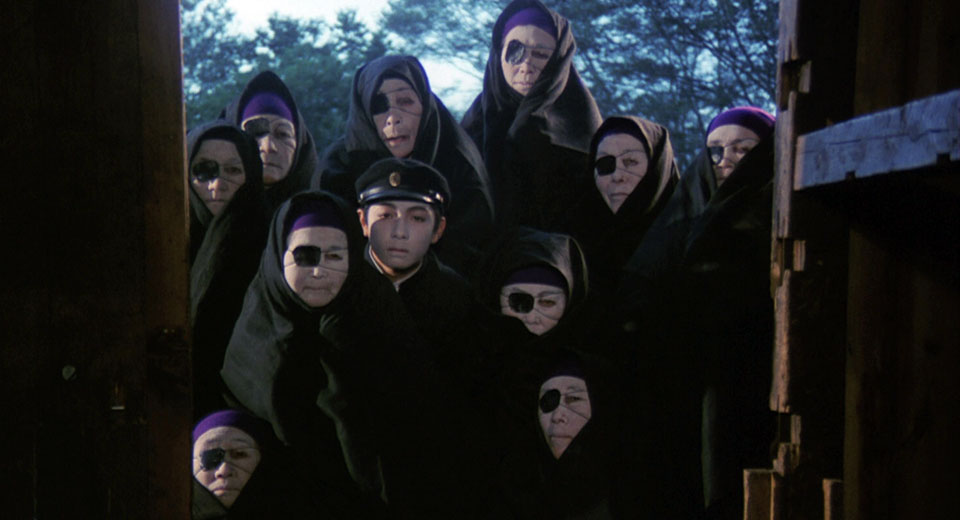 A masterpiece from one of the world’s most underappreciated masters, Shuji Terayama’s Pastoral Hide and Seek is a cinematic feast so arresting, that upon leaving Anthology ’s screening tonight you will be cursing the film heavens that such a treasure has been kept hidden from western audiences for so long. A spellbinding and surreal journey, the film operates as a phantasmagoric roller coaster for the eyes, interweaving the filmmaker’s memory and fantasy, as he attempts to confront his past.

The film opens with children playing a game of hide and seek in a cemetery, and keeps that tone of play and self-discovery throughout, as we shift abruptly through the dreamscape of Terayama’s youth, unfolding his strained relationship with his mother and his teenage sexual desires, while jumping between a circus and a superstitious town. All which give rise to the ultimate question of the film: what does it take to free one’s self from the past? And while many filmmakers have attempted to answer this, none of them have done so in such a nuanced and exquisite manner as Terayama, who manages to mingle reckless imagination with sobering truths.

An avant garde poet, playwright, photographer, and writer, Terayama was a rare magician. And while all of his works are wonders in their own right, it is this film which probably serves as the best introduction to his work, as it most fully encompasses the wide breadth of his creative prowess. For each and every prismatic shot is infused with an overabundance of beauty and depth; so much so that even if you only see the film once, it will forever be engraved in your mind.