The Passing of the Third Floor Back 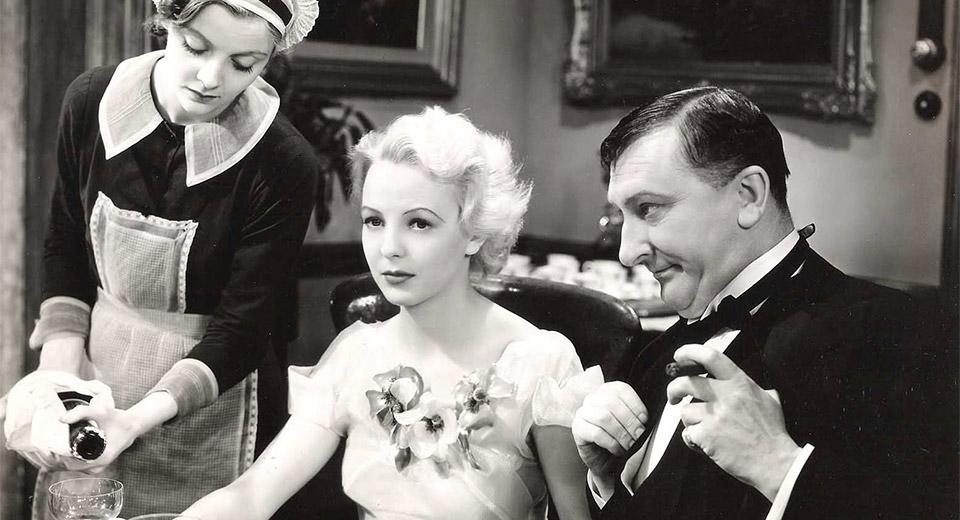 In The Passing of the Third Floor Back, Conrad Veidt brings his piercing gaze to the ludicrously ill-fitting role of a christlike magical mystery man determined to bring out the best in a group of spoiled Brits. His earnest voice sells the role well enough, but those eyes threaten to turn every moment into the opening shock of a murder sequence. Perhaps lost in Veidt’s stare, director Berthold Viertel loses control of the film’s tone, skidding from gothic romance to treacly uplift to violent suspense with chaotic, pleasing results. Alma Reville, who as editor and script supervisor was the backbone of Alfred Hitchcock’s filmography, provides a witty adaptation that nearly succeeds in transcending the meager source material, a short story and play by Jerome K. Jerome.

In a microcosmic boarding house live a maid on release from the workhouse, a bitter proto-goth “on the wrong side of 30,” a downtrodden bourgeois family betting on an arranged marriage to reverse their sliding fortunes, a gifted pianist and a money-grubbing capitalist. Each is unidimensional but vividly drawn, suiting the film’s proverbial pretensions. When Veidt reserves the non-descript accommodations of the title, the household is charmed by the vaguely continental man of means. He shocks everyone’s social sensibilities by treating the maid (Rene Ray) with respect while they cluck about the inherent criminality of her caste. The Stranger’s guilelessness is seemingly intended as Gump-level innocence, but his wide-eyed mien would better suit a vampire or alien struggling to mimic human behavior.

The film establishes a moral dichotomy in the figures of Veidt and the sleazy businessman played by Frank Cellier. The latter has been promised the hand of the beautiful Vivian, “The British Bombshell” Anna Lee, who’s in love with a penniless architect. The marriage will restore the fortunes of Vivian’s family at the expense of her happiness. Disturbed by this sidelining of love in favor of money, Veidt hypnotizes (again those eyes!) her during the engagement dinner and she flees into the arms of her paramor. He similarly inspires the aging goth to look on the sunny side and the pianist to pursue classical rather than crass jazz tunes. Cellier spots The Stranger’s meddling and the two are set on a collision course for the poor souls of the boarding house, who are of course proxies for the rest of us. It will come as no surprise that the forces of greed are no match for humanity’s innate goodness. That our champion himself comes off as a deep-pocketed creep adds a disturbing layer to the eternal struggle.