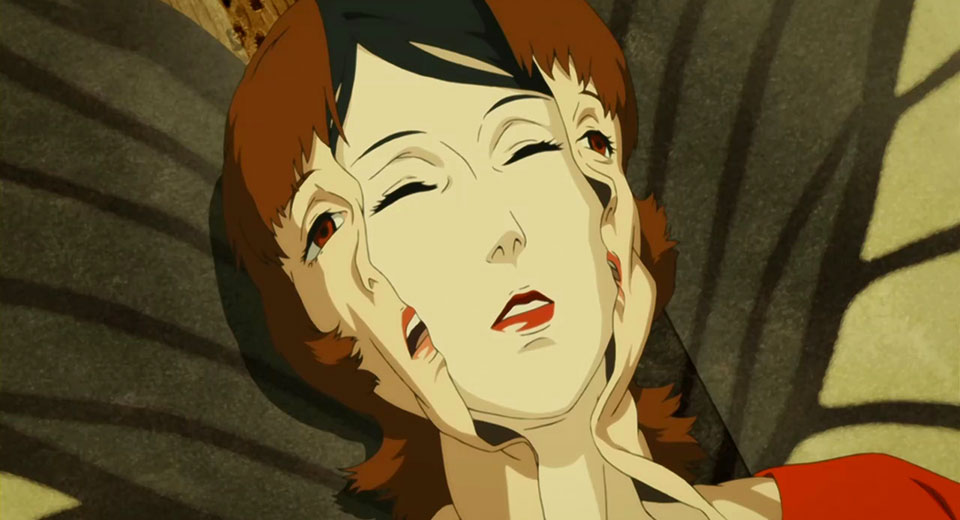 Paprika is the late Satoshi Kon’s most vibrant and surreal work as a director. Based on a novel of the same name by Yasutaka Tsutsui, the film is set in a near-future metropolis where Dr. Atsuko Chiba is the lead developer of DC mini, an experimental device that allows researchers access to patient's’ dream worlds as a method of psychotherapy. Chiba, under the guise of her dream-world alias Paprika, treats Toshimi Konakawa, a detective tormented by an inexplicable and recurrent series of nightmares. Around the same time, Atsuko and her team find out someone has hacked DC mini and infiltrated patients’ dream worlds, causing people to lose complete touch with reality. As Chiba and Paprika investigate the mysterious “dream-terrorist” in both the real world and the dream world, the worlds start to merge, while the two identities that are supposed to be the same begin to part.

Paprika’s strength lies in its highly imaginative rendering of the blending of the real with the subconscious that is grounded in concrete, realistic imageries as opposed to the abstract. Satoshi Kon is a master visual storyteller. His keen sense of editing, rhythm, and color keeps his audiences captivated and inspired despite the film’s weaknesses in character and plot development. Even though the storyline of the dream apocalypse that constituted the climax of the film is less of a clarifying catharsis than an unending nightmare that spirals out of control, the recurring dream parade of a hodgepodge of folkloric characters, dolls, icons, and household appliances is a dazzlingly imaginative derivation of the Hyakki Yagyo, a folkloric night parade consisting of hundreds of terrifying yokais, that is very fun (and disturbing) to watch.