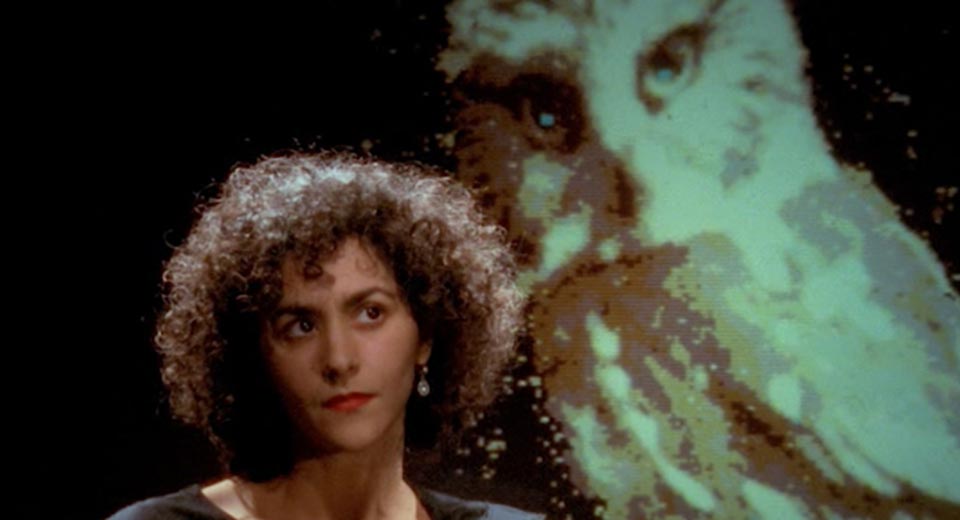 It's been a banner year for unreleased works by beloved directors, and the hits keep on coming with Chris Marker's 13-part television series The Owl's Legacy, screening in its entirety at Metrograph. Marker's probing examination of Ancient Greece's cultural influence and legacy opens by admitting "we were facing the specter that haunts the realm of the cultural documentary and that Chekhov defined for an eternity: to say things that clever people already know and that morons will never know." "Episode 1: 'Symposium,' or the Received Ideas" sets up the entire series to follow that ancient form of convivial discussion, weaving together interviews with scholars, activists, and artists, including filmmaker Theodoros Angelopoulos, Elia Kazan, and actress and politician Melina Mercouri.

Each episode takes a broad concept created by the Greeks - Nostalgia, Mythology, Tragedy, Misogyny, etc. - and turns it like a faceted gem, juxtaposing archival footage with correlating and contradicting opinions, snippets of past films, and present-day performances into what Marker hoped, in an essay he wrote accompanying the show's release, would be "a continual counterpoint between those who feel for the authentic imagery and for its degraded, often caricature-like form, which paradoxically sometimes returns to the well-spring of innocent vision. All this centering on one question: what is the role of Greece?"

Unfortunately for Marker and series co-writer Jean-Claude Carrière, financial backers the Onassis Foundation took umbrage at interviewee George Steiner's take that not only did Ancient Greece have nothing to do with modern Greece, modern Greece was "a parody" of the past, a joke. The foundation demanded an apology, and unsatisfied with Marker giving them space to respond, buried the series. It never aired in Greece, and after its initial 1989 run in Europe the foundation refused to grant permission for its reissue or re-release, until now.

For fans of Marker's thoughtful, introspective film-essays, it's largesse - The Owl's Legacy is his purest self. In a BFI tribute, filmmaker Jem Cohen said he thought of Marker as the "owl in the ruins…perched above the wreckage of the 20th century (and alas, the 21st), carefully measuring its devastations and its beauties." Marker is simultaneously missing from the film and indelibly present - his beloved owls loom over each interview, yet are individually tailored to the talker. He may have dubbed out his voice, but the shape of the edit, visual asides, and especially the camera drifting away from an orator to linger on a pretty face, put him squarely alongside us as we take this maieutic journey.