The Outskirts: Return of the Living Dead III 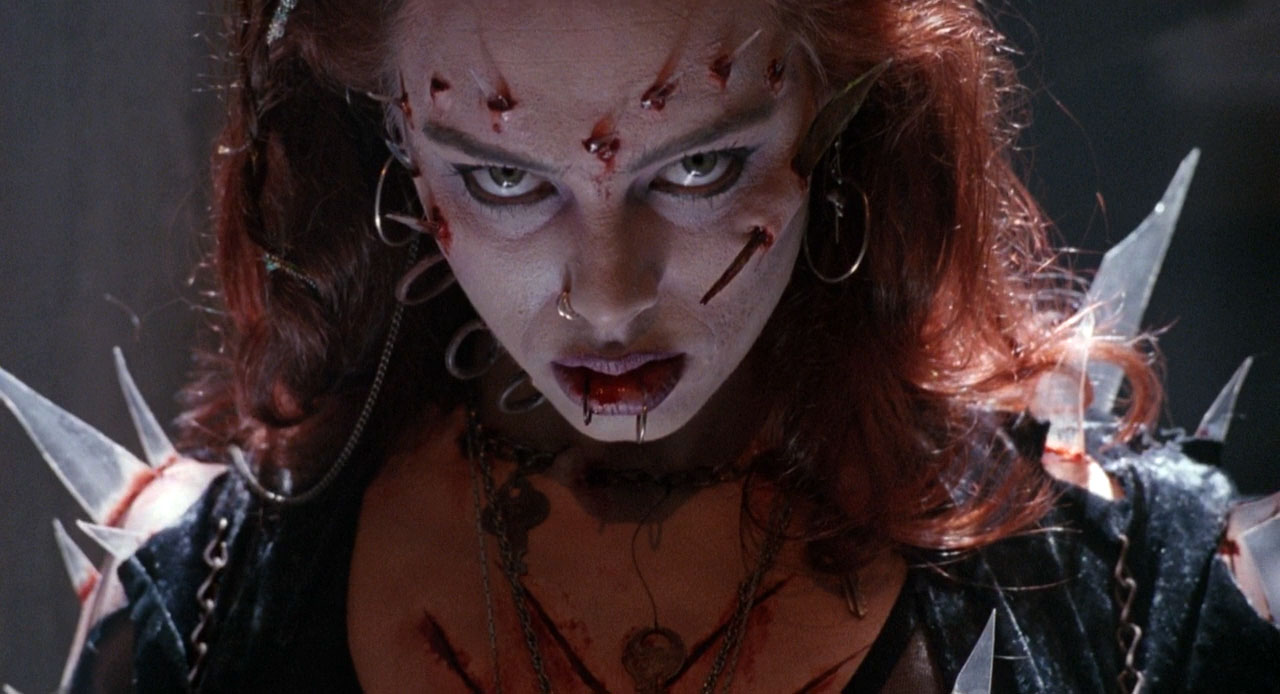 “You made me this way,” says Julie, writhing in agony as it becomes clear what is happening to her. A monster of love’s creation, Julie is doomed to walk-dead when boyfriend Curt doesn’t want to let her go.

In life, Julie is someone drawn to the flame—she is literally holding her hand over the fire of a lighter when we first see her. Curt is an evolving square, an army brat whose mom has passed, and is smitten with the brazen Julie. One can imagine she’s the reason he got a motorcycle, learned to play drums, and hung an L7 poster on his wall. Julie convinces Curt to steal his dad’s military ID so they can sneak on base and catch a glimpse of the secret experiments going on there. They thrill at the prospect of what they might see, which it turns out are the wrongest of wrongs: trial runs of reanimating corpses with the intent of creating “highly effective bio-weapons.” Julie and Curt split before they can see the carnage that ensues when things go awry, and when Curt’s dad returns with news that he’s been reassigned (again), Curt makes plans to run away to Seattle with Julie. But when they crash his motorcycle and Julie dies, Curt decides to bring her back to life.

Cognizant that she is turning into something new, Julie first seems to marvel at the changes she feels in her flesh. When the hunger takes over, she tears into Hostess sweets at a bodega, unsure what will satiate her. Soon she discovers a way to abate the hunger: piercing her flesh with anything she can get her hands on. Curt is appalled, but still determined to preserve their relationship. When she fashions herself into a Cenobite-like freak, stuck through with glass and nails, he might wretch, but the love is still there.

Dispensing with the humorous elements of the first two films in the series, Brian Yuzna created a romantic zombie movie, apparently because he wanted to flesh out a female monster further than he was able to in Bride of Re-Animator (1990). What results is a movie that makes you queasy from goopy effects (the other walking dead are impressively disgusting), but also takes you through the pain of two people trying to keep their love alive. The ending is evocative of the apocalyptic romantic thriller Miracle Mile (1988)—Julie and Curt, surrounded by flames, could have pondered a fate of turning into diamonds.

Return of the Living Dead III is streaming on HBO Max 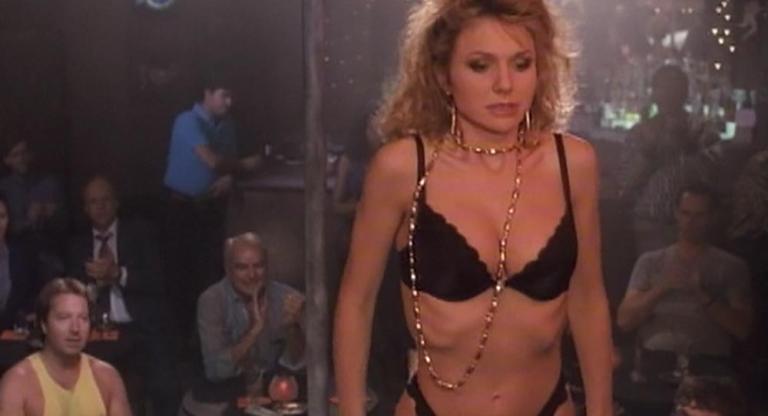