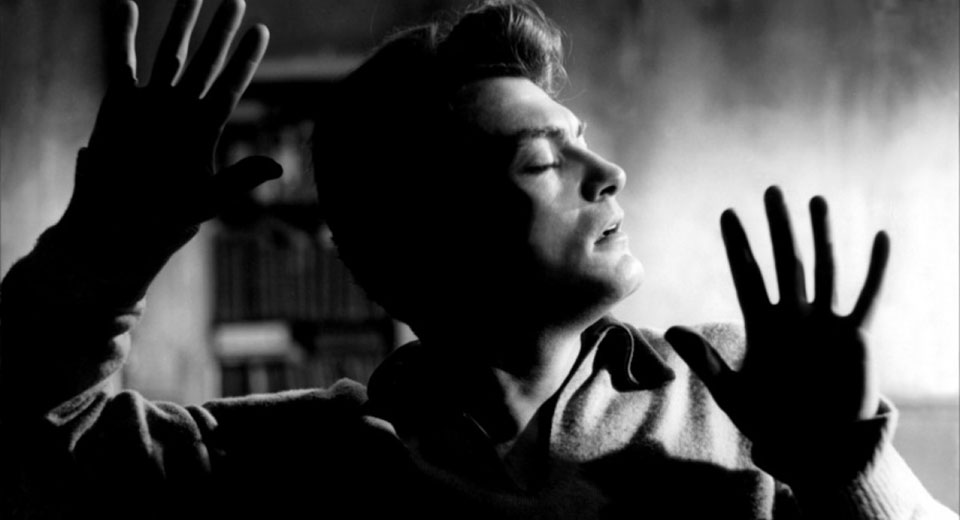 Few films are as tapped into their own dream logic as Jean Cocteau's 1950 masterpiece Orpheus (Orphée). One of the most beautiful, enigmatic, yet accessible avant-garde feature films ever made, Cocteau uses Surrealist imagery and techniques to explore a poet's obsession with words, death and beauty. Cocteau, however, did not identify as a Surrealist (there are a few good jokes at the Surrealists' expense in the film), and even said that Orpheus is, to him, personally realistic: "Orphée is a realistic film; or, to be more precise, observing Goethe’s distinction between reality and truth, a film in which I express a truth peculiar to myself."

Orpheus is the middle, and most lauded, film of three in which Cocteau explores the classic Greek Orpheus myth (The Blood of a Poet from 1930 and The Testament of Orpheus from 1960 are the other two, and make for a truly transcendent film marathon). Jean Marais plays Orpheus as a famous poet, shunned by the Left Bank hipsters in the cafes of Paris because of his success. He encounters Death as a gorgeous, dark-haired woman who drives a black Rolls Royce, and immediately falls in love with her. Taking a left turn from the myth, Cocteau's story follows Orpheus' obsession with Death, as well as with the seemingly gibberish broadcast over the Rolls-Royce's radio (disembodied lines of poetry that echo coded messages the French Resistance broadcast during World War II). The underworld, when Orpheus visits, is a threatening landscape of bombed-out buildings. The War, just ended a few years earlier, hangs heavy over the film; contemporary viewers might have understood all too well how it feels to want to vanish into a mirror, into another world.

Fans of mythology, fans of Surrealism, fans of the avant-garde, and everyone who loves film will find something to adore in Orpheus. The beautiful, haunting sets (including lots of mirrors) and the tragic, yet witty, story are truly like nothing that came before—and rarely since. Cocteau's brilliance is such that it's hard to describe how he does it—so see the movie and witness it for yourself.