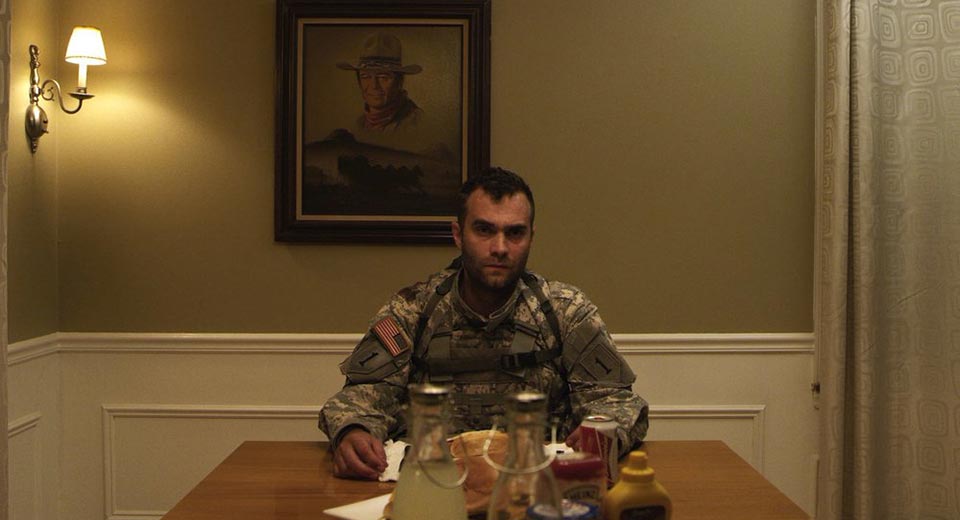 A group of soldiers huddle atop a squat building and fire back at an unseen assailant; just below, a man on a riding mower gives them a wave and continues his lawn care. A contemporary war movie without the war, Orders asks what the war at home actually looks like. An army private Fagen wakes up in suburbia, though most of his platoon has disappeared, and wanders through the deserted landscape, finding solitary soldiers, empty homes, and a few terrified locals. Staid suburban houses take the place of a Middle Eastern location; when Fagen walks into an abandoned home looking for supplies, he takes a beer from the fridge and relaxes in a recliner.

But Orders just doesn't rest on its clever conceit. There's an existential mystery building throughout the film, aided by a score that could soundtrack a horror film: Where is everyone? What happened here? The line between reality, dream, and hallucination is paper-thin for the Private, as Orders plays around with nonlinear time and space: our hero runs from one scene into another somewhere else, and wakes up in new, disorienting locations. The suburbs are a maze for him to figure out, a purgatory of well-manicured lawns and wooden fences never to be escaped -- especially when your hell is in your head.

The crisp cinematography and the war movie sound design (the sound of automatic rifle fire punctuates the film) all belie the film's minimal budget. Developed during the Obama administration, the film is even more relevant today, as our government sends more troops abroad and at home, to patrol its own citizens. Orders is a thrilling example of what American independent filmmaking is still capable of: mysterious, discomfiting, and deeply political. Orders is playing in a week-long run at Spectacle with directors Eric Marsh and Andrew Stasiulis in person.