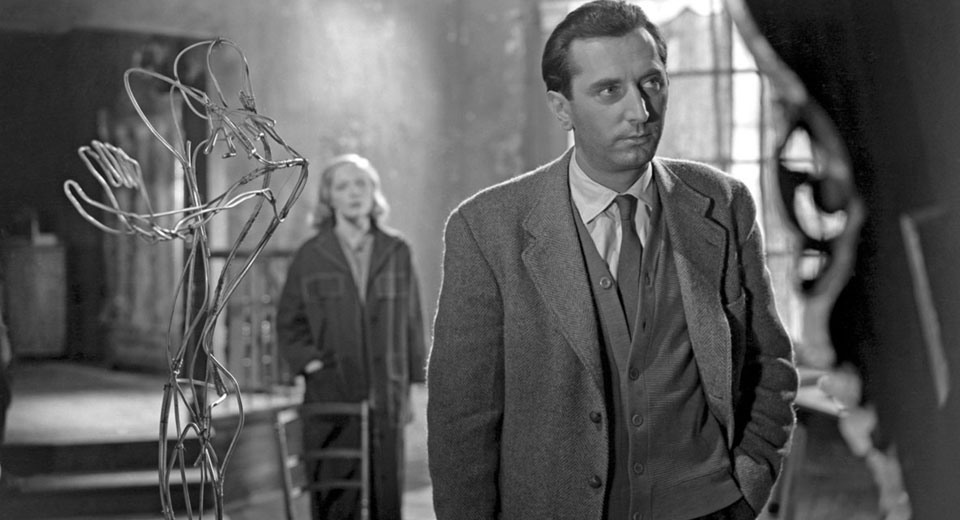 Alongside director Wojciech Has’ better-known, surrealistic films like The Saragossa Manuscript and The Hourglass Sanatorium, his debut 1958 film The Noose is downright conventional. The story of one day in the life of Kuba Kowalski, an alcoholic desperate to quit drinking, takes place in a foreboding postwar Poland. The landscape is uncaring, and most of the characters sit back and watch—or even mock—Kuba’s struggle to get and stay sober. The only comfort in the film lies in Kuba’s interactions with his current girlfriend Krystyna, who is attempting to get him clean, and an unnamed ex-lover, who could have changed the entire trajectory of his life.

Movies about alcoholism (or any other addiction) live and die by their actors’ performances; too histrionic and it’s unbelievable, too low-key and the film’s story is diluted. Gustaw Holoubek is remarkable as Kuba, a physical manifestation of the depression and desperation of postwar Europe. His transformation from the trudge of the morning through the emotional roller-coaster of the day and towards an emotional reckoning at night is noteworthy both in its emotional depth and physicality. Kuba is a different man with and without alcohol, and Holoubek masters both the big and the subtle differences. Other characters, including a Ghost-of-Christmas-Future-type encounter with a senile old alcoholic in the local jail, and a trembling man Kuba meets at a bar, create a booze-soaked atmosphere that feels completely inescapable.

The Noose is as bleak at its title suggests. It’s no film noir, but it’s filled with the mysterious shadows and eerie, deserted city streets associated with the genre. Kuba himself is not far off from a noir anti-hero: he chases pleasure after pleasure, but nothing satisfies his obsessions. Scenes with Krystyna (Aleksandra Slaska, who looks like a Polish Veronica Lake with blonde hair cascading over her face) are Bergman-esque in their simplicity of structure and raw, intense complexity of emotion. Krystyna represents a way out for Kuba, if he will only take it. In a seemingly throwaway line that also works as The Noose's thesis, Kuba tells a bartender, “Not everything has to end well. That would be boring.”