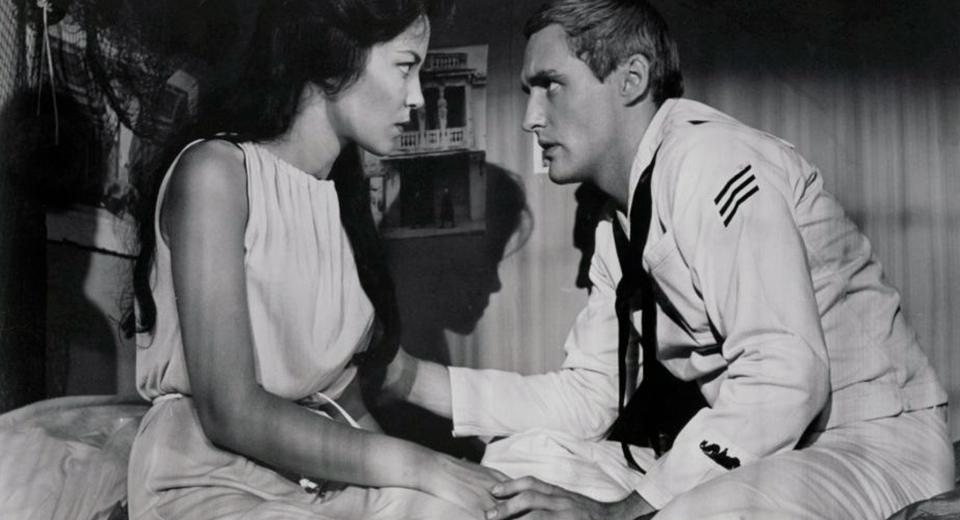 Curtis Harrington was truly a cinematic jack of all trades: he worked as an errand boy at Paramount; a film critic who precipitated a re-evaluation of James Whale's ouvre; Kenneth Anger's cinematographer; a protegee of Maya Deren; and a prolific experimental, then genre, filmmaker. This month, Spectacle highlights several of Harrington's lesser-known films, including his feature debut Night Tide.

Night Tide is ostensibly a horror film, but it's more complex than that: a mix of Anger-style occultism, 1950s beach movies, and a little film noir. A baby-faced Dennis Hopper stars as Johnny, a sailor on shore leave who falls for Mora (Linda Lawson), an enigmatic woman who is hiding some dark secrets. Mora works at a carnival sideshow as a mermaid, but she insists that it's not an act, that she really is a sea creature who must murder a man during a full moon. Is Mora crazy? Is she being manipulated? Or is she actually a mythological monster?

Released in 1961, Night Tide feels like a locus between Old Hollywood and new independent filmmaking – in fact, the film was one of the first independent features shot entirely on the West Coast. Johnny's squeaky-clean Navy whites in the midst of his growing psychosexual obsession with Mora are reminiscent of Anger's homoerotic, surrealist Fireworks, an anachronistic marker of purity. And yet David Raskin, composer for Modern Times, Laura, and Daisy Kenyon, provides a traditional Hollywood score. Harrington isn't known as a vanguard of American independent film, as he should be, but Spectacle's short series highlights his strange, unique vision.