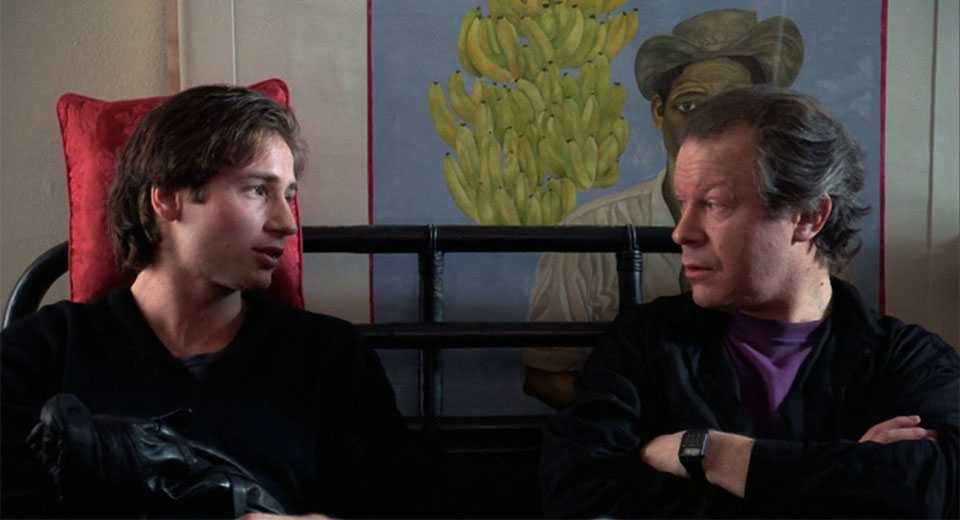 Tonight’s showing of New Year’s Day is the first of three weeks of Henry Jaglom screenings at Spectacle, part of a series centered primarily around his five clumsy and essential ‘80s films. Jaglom got his start as a character actor, boasting an Actor’s Studio pedigree and snagging spots in Gidget, The Flying Nun, and hippiesploitation acme Psych-Out. He was part of the initial BBS Productions cohort—Bert Schneider had been his summer camp counselor—working as assistant editor on Easy Rider before helming his own feature, A Safe Place. The kerfuffle around that film’s debut at the 1971 New York Film Festival (critic John Simon lead a loud procession of boos) proved a significant obstacle in Jaglom’s career as an auteur, souring his international prestige and cementing his position as a fringe character in New Hollywood lore.

A Safe Place and his 1977 follow-up Tracks tip-toe towards the post-JFK, Vietnam War zeitgeist, attempting to thematize trauma first in the figurative, then in the literal. It’s during the Reagan years, however, that Jaglom’s house style fully came into its own. Filmed on modest budgets and enlisting friends and family—most notably his brother Michael Emil, known best outside of the Jaglom-verse for his portrayal of “the Professor” in Nicholas Roeg’s Insignificance—his features of this time are characterized by perpetual gabbiness and emotional hand-wringing, adapting autobiographical material and licking recently closed wounds. It’s not uncommon for a character in a Jaglom film to accost another, demanding to know how one “really feels,” or to confess how one “really feels,” usually to the point of alienating recipient (and in some cases, audience) interest. What these exasperated rituals of neuroses get at, even more so than the filmmakers he is accused of aping (Cassavetes or Allen), or the ever-mockable Boomer hang-out films of Return of the Secaucus Seven or The Big Chill, is just how brutal Me Generation hangover could be. The ‘80s films are littered with psychosexual self-help babble, vitamin supplements, macrobiotic dieting, desperate fame-seeking, and ultimately the pulverizing crisis of middle-age taken to its most existential extremes.

Evidently New Year’s Day was filmed without conventional script, instead devised as a large, unruly flow-chart of character relationships and desires. No surprise; there is some “creative” continuity editing, and the film’s plot is comprised of a meandering party punctuated by lumps of emotional confrontation. The final of Jaglom’s loose post-divorce trilogy, it has Jaglom falling in with a trio of thirty-somethings including the late Gwen Welles of Nashville and a tour de force performance by Maggie Wheeler, best known for her run of primetime sitcom recurring roles, including Chandler Bing’s irritating girlfriend Janice on NBC’s Friends. Typical for Jaglom, the remaining cast is stacked with industry insiders—in this case a pre-fame David Duchovny, filmmaker Milos Forman, and Rodger Parsons, the longtime voice of the narrator in the American dub of Pokémon. It’s like a round-up of ‘90s effigies, incubating in Jaglom’s generic midtown apartment, just waiting to break free to brood and eat sun-dried tomato salads. Muse Michael Emil appears, too, as a “psychosexologist” partygoer. I’m told he quietly shuffled off this mortal coil earlier this year. His handful of exuberant and funny roles will live on forever: the perfect twentieth-century subject.