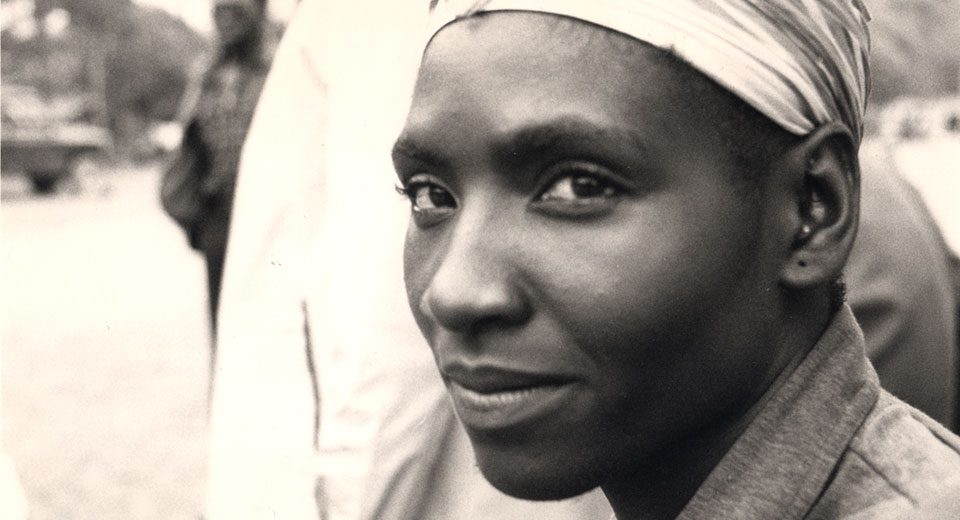 By the 1980s, Third World Newsreel was an established progressive media organization—the US’s largest distributor of independent film and video by and about people of color. The political film and video collective had transitioned from its predecessor Newsreel, a loose collective of activists and media makers, into a full-fledged media center responsible for the training and distribution of major independent works. Funded by the United Nations Council on Namibia, Namibia: Independence Now!,  directed by Third World Newsreel's Christine Choy and Pearl Bowser, is an atypical film in an already transitional period in the organization's history. At a distance, the film reads simply as a work made for hire, and it could be argued that it plainly is. However, by highlighting the role of women in the decision making process of the South-West African liberation struggle, it faithfully aligns with the ideologies explored by the radical media collective at the time of its production.

The film’s credits are a diagram of Third World Newsreel’s complex history and, ultimately, its importance. Choy had been at the helm of the media collective for approximately a decade; Bowser is a producer, director, archivist, programmer, scholar, and all around pioneering living legend; editor Allan Siegel ran the organization’s filmmaking workshops for years; and sound recordist J.T. Takagi currently leads the organization.

The documentary chronicles Namibia’s struggle for decolonization and independence from within refugee settlements in Zambia and Angola. Abstaining from including the narration of a foreigner, so fashionable at the time, the film’s narrative is relayed, in clear and concise fashion, by those who were directly involved in it. Namibia is a daring, historical work, threaded by the testimonies of SWAPO (South West Africa People’s Organization) members, including Sam Nujoma, founder and president of SWAPO, who went on to become the president Namibia, Pendukeni Kaulinge, secretary of the SWAPO Women’s Council, and Andimba Toivo ya Toivo, the SWAPO party’s secretary and co-founder, an ardent anti-apartheid activist and political prisoner who was incarcerated for 16 years at Robben Island prison alongside Nelson Mandela.