That Most Important Thing: Love 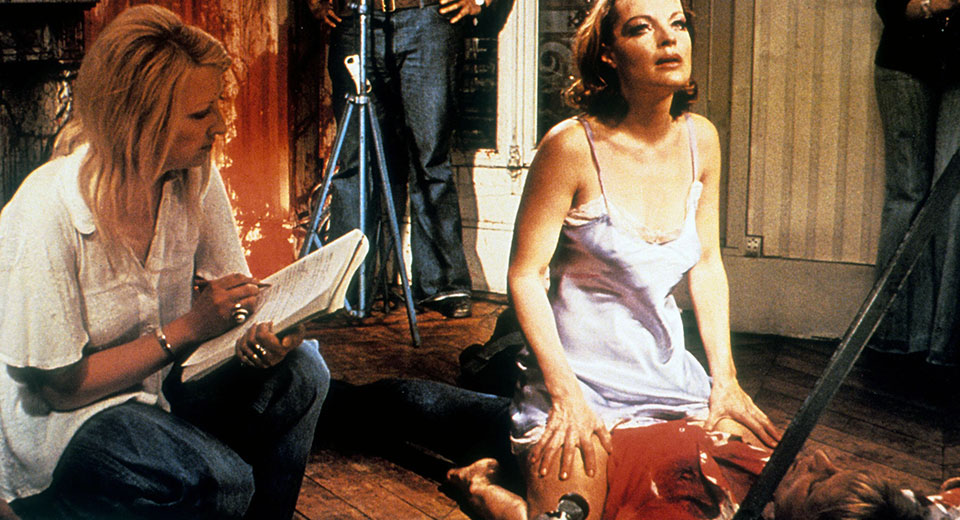 The Paris of L'important C'est D'aimer —the first film Andrzej Żuławski produced after his complicated exile from Poland—is a haunted place. Not unattractive, but still dank and grimy, with its atmosphere poisoned by memories of France's colonial wars. Its inhabitants are pimps and pornographers, and violent criminals, or they are failures: failed artists, failed lovers, failed friends. The film circles around the story of a love triangle between Nadine, an actress reduced to roles in trashy porn films, Jacques, her sad, cinephilic Pierrot of a husband, and Servais, the guilt-ridden photographer whose sudden interjection into their lives pushes them all past the point of breaking. The precise reasons each has for falling into their current state of despair is unclear—there are intimations of bad childhoods, wartime traumas, and acrimonious affairs; what they seem to share is a feeling of being controlled, of having no control, and yet simultaneously having only choices—all choices leading to a state a little less than ruin.

After clandestinely photographing Nadine on the set of her latest movie, a spark is lit in Servais' mind; he sees her beauty which she no longer sees, and he wants to love her, to save her, not realizing that saving someone is not the same as loving them, and that Jacques has already tried. To save Nadine, Servais concocts a scheme to finance a bankrupt production of Richard III, in which she'll star. But, even before the plot's various machinations start to move, they have already ceased to matter. What matters to Żuławski is atmosphere, and not just the dim lighting in a room, but also the overwhelming sense of loss and being lost that permeates the city—which his characters are stuck in, like exiles in another country.

If it all sounds pretentious, it should be; Żuławski's film—filled as it is with a harvest of 1970's Euro-art-house stereotypes—should, at best, be a campy, sometimes pornographic poem. Instead, it is brutally sincere, and as bluntly romantic (and tragic) as its title—translating roughly to The Important Thing is to Love. Żuławski said that the film remained close to him “because of its humanity;” what confounds us is that this tenderness is created through the pretenses of theater and images, and through a sensual kind of decadence—not realism or sentimentality.

It is hard not to wonder over L'important C'est D'aimer as having been a response to Żuławski's own displacement in Paris. If it was, then the film seemed momentarily to have become its own antidote, when its big returns at the French box office and success with critics gave Żuławski—in the eyes of the Polish state—the right to return home. What happened next is another of the tragedies of cinema. His next film, On the Silver Globe, was halted mid-production by Polish censors who tried to destroy it. Luckily, remnants of that film survived, but Żuławski was again displaced on account of his art.