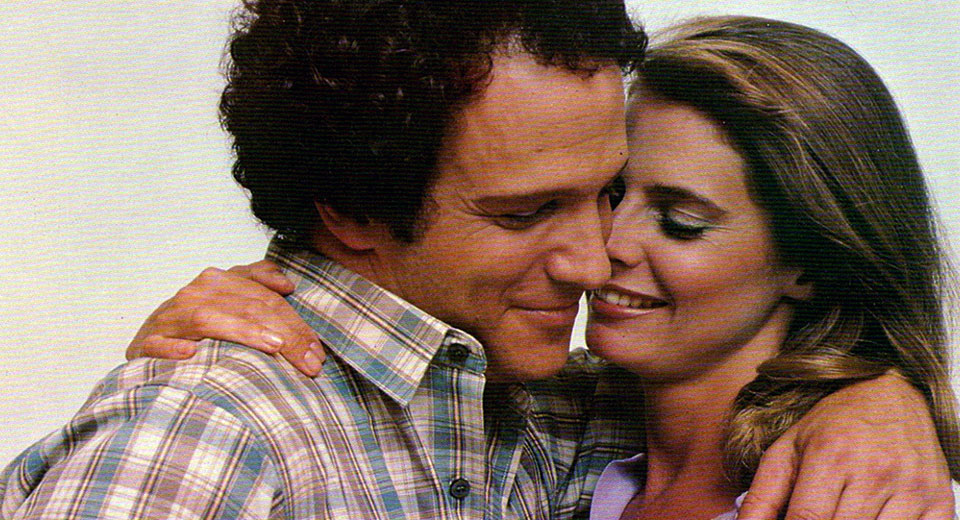 Pop quiz, lovebirds: what’s the only thing scarier than dying alone? If your first thought was “commitment,” Anthology Film Archives’ annual Valentine’s Day Massacre series is all the companionship you require. A new addition to the heart-wrenching tradition is Albert Brooks’ yuppie stalker comedy Modern Romance, taking its rightful place on the Levenson Sociopathy Scale between series mainstays Possession and The Heartbreak Kid.

At first blush, Brooks’ story of an on-again-off-again romance between a high maintenance film editor and his “really terrific” banker girlfriend could be mistaken for little more than a West Coast Annie Hall. Fortunately for us, the familiar beats of the “nebbish creative type dumps shiksa goddess” genre are quickly jettisoned for something far more sinister.

Spending ninety minutes in the presence of this unflinching manchild and his hapless victim is akin to rubbernecking on the 405, hoping to spot a body bag. Like its companionate programs, Modern Romance swaps slavish devotion for an odious bouquet of physical comedy, sexual jealousy, and not-so-borderline emotional abuse.