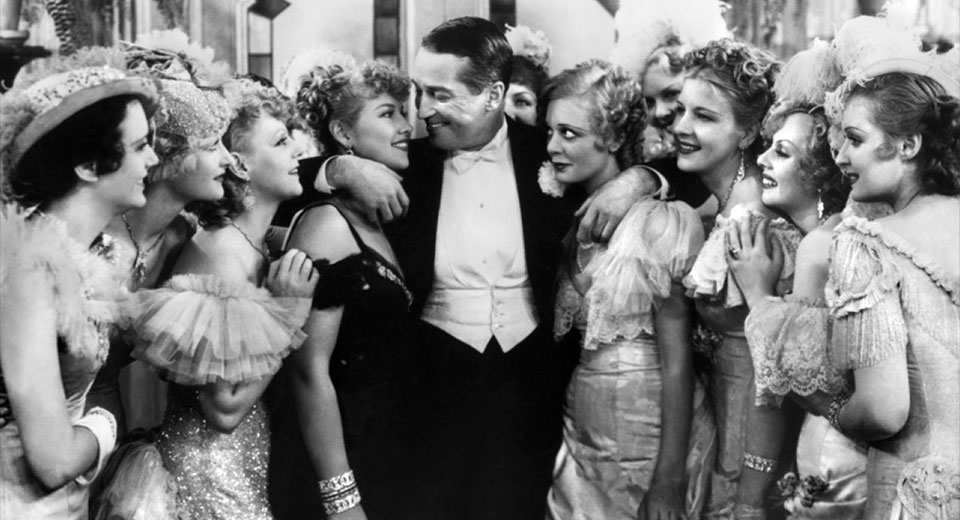 Heads up! It's Monday, which means the latest Screen Slate Weekly is going out this afternoon. This benefit for members who support us beginning at just $3/mo—that's equivalent to a single subway swipe a month, and you *know* Screen Slate is more reliable than the MTA—contains all our listings and write-ups for the upcoming week. And for more, you can get access to special events, publications (including Screen Slate's forthcoming Jackass Reader—yes, that Jackass—timed to coincide with our This is Mini DV [on 35mm] series at Anthology in August), and more. Join here!

Like its central character, Ernst Lubitsch’s 1934 adaptation of The Merry Widow is irrepressibly charming. And much like Lubitsch’s film, its central character lets off a repellent stink on occasion. But how often does a prewar sex comedy age unscathed into the 21st century when most of the genre’s output during the 1990s seems irredeemably retrograde a mere two decades later? Part of the game is pitting the Lubitsch’s witty flourishes against the material’s well-worn sexual politics.

Maurice Chevalier plays Count Danilo, a lothario from the diminutive eastern European nation of Marshovia. After the titular widow (Jeanette MacDonald) rebuffs his pursuits, he saves face by loudly issuing his own rejection. This proto-negging works, and the widow can’t help but fall in love with the uniformed rapscallion. His wounded pride prevents reconciliation, however, so she brings the nation to its knees by relocating herself and her tax dollars—a full 52% of the Marshovian economy— to Paris. Unaware of the affair, King Achmet enlists the nation’s most irresistible man—guess who?—to seduce and marry the widow away from the eager bachelors of Paris. The city of lights is rendered in huge nightclub and ballroom sets, full of fancy dress, lively music and a bevy of Parisian prostitutes with names like Fifi, Dodo, and Juju.

More irrepressible than Chevalier’s grin is Lubitsch’s cheery cynicism, which periodically bubbles up to add a welcome detachment from the proceedings. The balancing act is tricky, and the film too often indulges its worse instincts—the heroism of male conquest, the idiocy of women—for tired laughs. Yet such is the lure of Lubitsch that the film remains essential viewing. Incredible set design, comely stars and trademark Lubitschian gags provide a grand night at the movies as a matter of course. The “Lubitsch touch” boils down to our self-reflexive enjoyment of the pleasure he effortlessly provides. We see ourselves and enjoy ourselves for seeing and enjoying the master’s moves. It’s not not a con game, but the character of our satisfaction runs parallel to the excitement of keeping pace with a swaggering hustler. When not engaged in admiring Lubitsch’s likability, modern viewers can bask in the satisfaction of shaking our heads at a “simpler time” and congratulating ourselves on decades of progress.