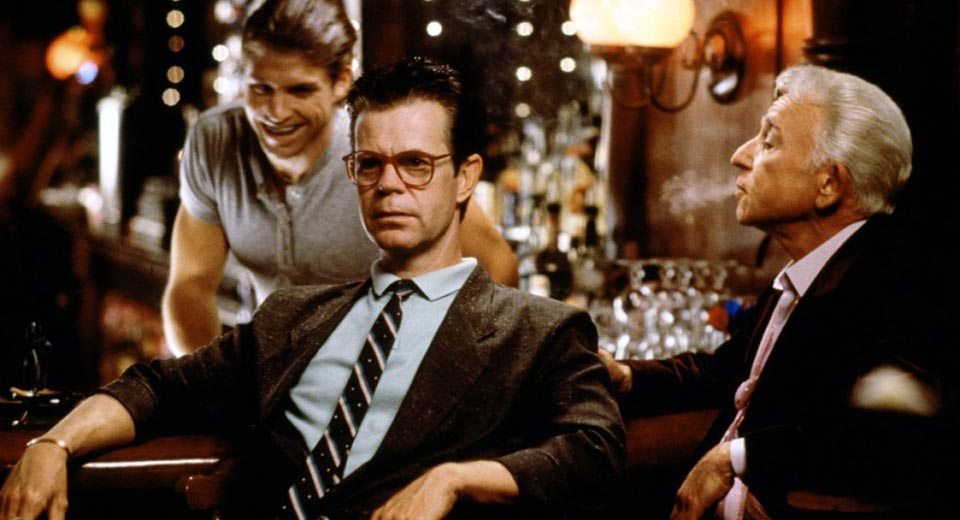 Anderson’s operatic 1999 follow-up, Magnolia, trades pornography for daytime television, trashy coke-binges for a “respectable” suburban pill addiction, and the sleazy ‘70s for a decidedly staid contemporary setting — and all within spitting distance of my childhood home! Boogie Nights'scheesy music cues and high-pile shag carpeting carved a much-needed distance between subject and audience (mustaches and tube socks and sweatbands, oh my). Thankfully, Magnolia dispenses with these niceties but quick: one strum of Aimee Mann’s weeping six string, and you know you’re in for a serious soul punch.

Tom Cruise’s performance as proto-MRA Frank “T.J.” Mackie is a hysterical (in every sense) addition to Anderson’s ad-hoc Mercury Theater stable, the nightmare lovechild of Tony Robbins and human sump-pump Michael Cernovich. Anderson revels in this noxiousness like a pig in shit: with arms elbow-deep in the mire, he wrests a scarily relatable character from the dustbin of "prestige" casting. Cruise, in turn, gleefully drags viewers to the limit of tolerance before revealing the frightened mama’s boy cowering underneath.

Watching an Operating Thetan hold his own within a rogue’s gallery of deeply sympathetic fuck-ups — a wizened Philip Baker Hall, the ever-tender Philip Seymour Hoffman, and uber-schmuck John C. Reilly, to name a few — is akin to cinematic bird-watching. You feel as though you’ve caught some rare creature, alighting for a moment before disappearing into the clouds.