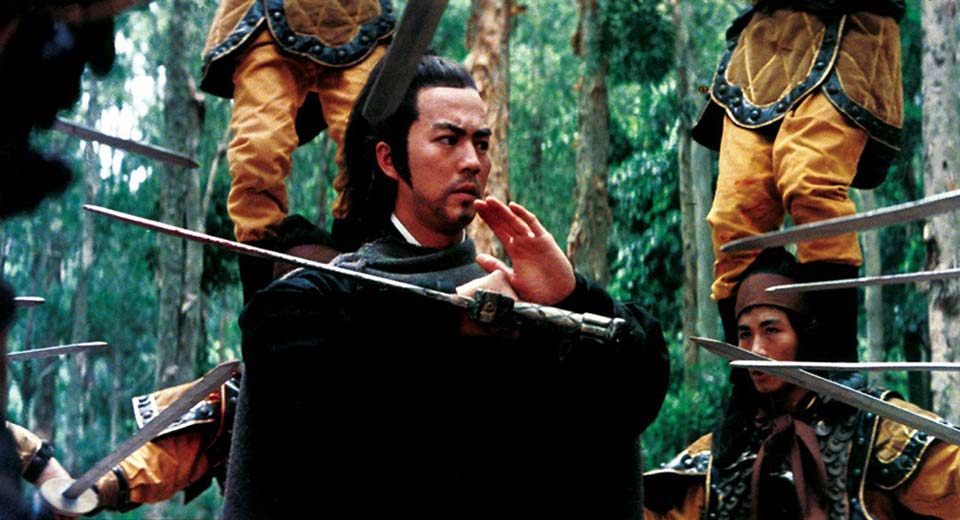 Nothing makes a better Sunday evening than some dizzying, dazzling wuxia! The Magic Blade  (1976) is the latest selection in Subway Cinema and Quad Cinema’s monthly co-presentation, Have Sword, Will Travel. Chu Yuan’s (Intimate Confessions of a Chinese Courtesan) martial mélange of fantasy and melodrama, violence and comedy, unsheathes its sword and doesn’t relent.

Kung-fu veterans Ti Lung (The Sentimental Swordsman, John Woo’s A Better Tomorrow) and Lo Lieh (The 36th Chamber of Shaolin) play rival swordsmen in pursuit of the powerful Peacock Dart, a weapon with explosive feathers that can kill everyone surrounding a fighter, minus its allies. (How it can differentiate, we shall never know). The mysterious evil warlord Mr. Yu will send as many assassins and hordes of acrobatic warriors as needed to stand in the duo's way and ensure the mystical weapon stays in his hands. This only scratches the surface of the genre-blending (to say the least) Shaw Brothers wonder: there’s romance, cannibalism, ninjas morphing into trees, evasion of death by manipulating one’s sinuses, and an array of fun villains. (The delightfully demented Devil Grandma stands out.)

Beyond the more fantastical elements lie impressive technical and theatrical achievements. The cinematography and fight choreography is impressive, and the detail in costuming, exotic weaponry, and sets accompanying each fight scene are simply beautiful. It may initially seem a shame that each deadly encounter is so brief, but that only means the film moves on to another visually lavish scene all the faster. If you’re a wuxia fan, the swordplay and bloodshed romantically juxtaposed with such idyllic landscapes will not leave you disappointed.