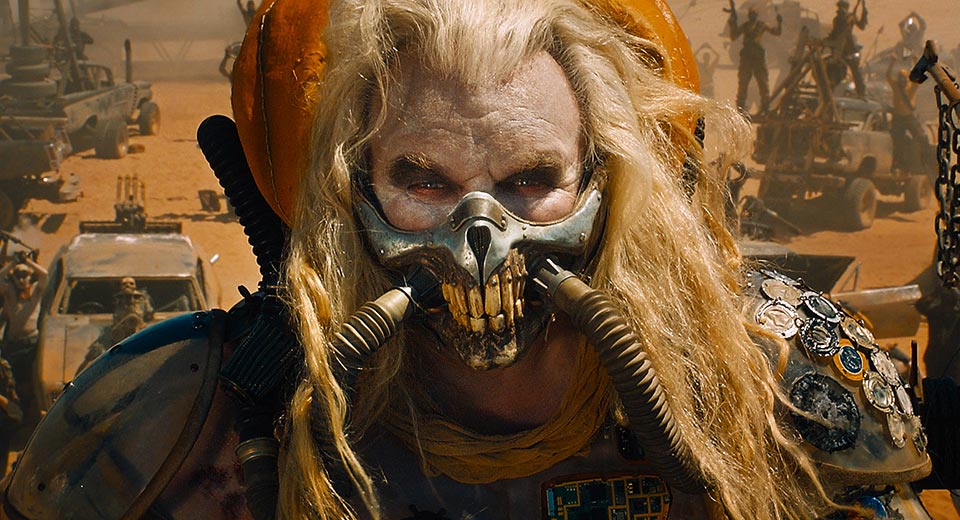 When it hit the screens last spring, Mad Max: Fury Road seemed like just another entry in the growing list of post-apocalyptic dystopias, following such has-been leading-man career-revival attempts as I Am Legend (2007), The Road (2009), and Oblivion (2013). In this case, it wasn’t the star (top-of-his-powers Tom Hardy) that needed a boost, but the director, George Miller, responsible for the original Mad Max trilogy (1979, 1981, and 1985).

The 1970s saw the calamitous environmental impact of industrialization becoming a widely acknowledged political issue. Mad Max was released at the end of that decade, presenting a world reduced to a sprawling desert in which nation-states have dissolved and small tribes are at perpetual war over ever-scarcer natural resources. It also introduced the world to a new kind of hero: the survivor. Unlike classical heroes who fought for their peoples (Troy, Sparta) and modern superheroes whose mandate was to protect their hometowns (Metropolis, Gotham City) or the whole world, the survivor was only out for himself. This is the paradox at the center of post-apocalyptic narratives: after the world has been destroyed, what’s left? Usually “the end of the world” doesn’t mean the complete erasure of the planet as a geological reality, but the end of a particular world; in the case of survivor narratives, what’s disappeared is the social world.

Fury Road is the culmination of this fantasy of a post-social existence. Most conflicts are settled with guns, explosives, or blunt objects, leaving so little need for dialogue that Miller himself acknowledged that it’s essentially a silent film (of its 120-minutes, only about 20 involve talking). What dialogue there is establishes that the cyborg tyrant Immortan Joe (Hugh Keays-Byrne) rules over the impoverished masses of his feudal desert enclave by controlling the water supply, that the cyborg supply-runner Furiosa (Charlize Theron) was kidnapped from an all-female tribe from the East as a child, and that the citadel’s albino warrior class has a quasi-Nordic mythology involving martyrdom and Valhalla (resonances of ISIS are palpable, as desert-dwelling, drug-fueled zealots blow themselves up for immortality). All we know about Max is that he’s “haunted by those [he] could not protect,” the unredeemed victims of an industrial civilization that has been piling its wreckage at the feet of the Angel of History for three centuries. Visually Miller is less of a Paul Klee than a post-industrial Bosch, populating his hellscape with malevolent mutants and chimerical cripples. Imagine The Temptation of St. Anthony in fairly conventional 3D crawling with armored big rigs and killdozers and you have a pretty good idea of what to expect.