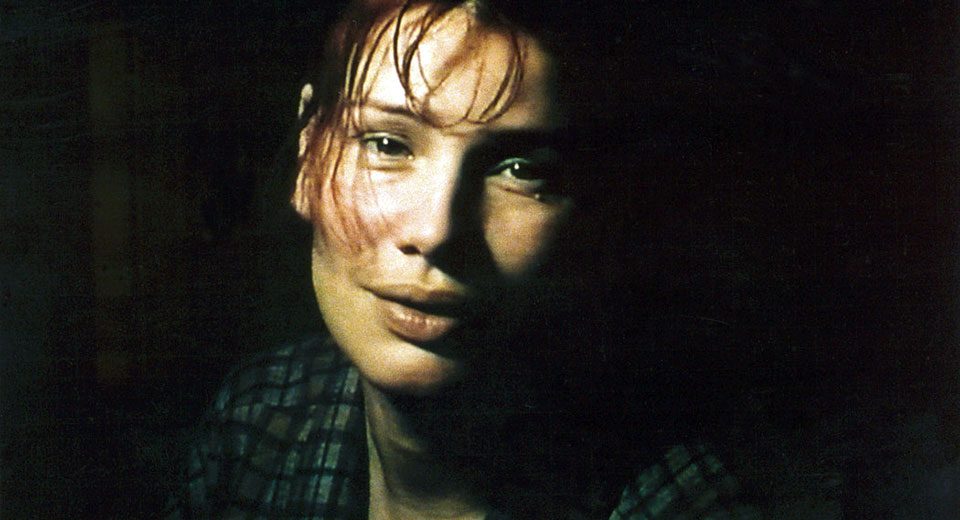 Chris Marker’s Level Five traverses a shifting multitude of conceptual terrains, namely the Battle of Okinawa, in which 150,000 Japanese civilians—up to one-third of the island’s population—were executed or committed suicide en masse. Crucially, our approach is via technology, but Marker’s invocation of the internet, computers and computer games is subject to his characteristic process of discursive meditation; his cyberspace is “a Sargasso sea full of binary algae,” and his aesthetic is obstinately lo-fi, with synth beeps and pixels like dinner plates.

Level Five stars actress, director and artist Catherine Belkhodja as Laura, who sits in front of a PowerMacintosh 8100, programming a video game on the topic of the Battle of Okinawa. Her dead lover was also engaged in the project, and she carries on the work alone despite the fact that her computer is both tool and adversary, immune to her humor and tangential thinking and inclined to flash “Access Denied” across the screen. She enacts the process of using technology to wade through a morass of information, which Marker cannily represents by having Laura scroll though various subtopics related to the battle like “US Troops,” “Japanese Command,” and “Animal Life.”

The film is not hopeful that this project alone will yield a deeper truth, and other texts must be applied, often in the form of Laura’s digressions: Plato, Napoleon, an interview with film director Nagisa Oshima, a short story about a parrot, and Okinawan bullfighting, among many others. A segment from John Huston’s 1944 war film Let There Be Light tracks very near to the matter at hand with a soldier who refuses to remember a trauma and thus suffers total amnesia. Game theory is introduced, as Okinawa and its inhabitants were sacrificed by Japan as part of a larger military strategy—“suteishi” in the game Go (throwaway stones), pawns in chess. The extent and specific details of this sacrifice, defying simple explication, are revealed slowly over the course of the film and with the complexity required, in the manner that only Marker is capable of.