Let Each One Go Where He May 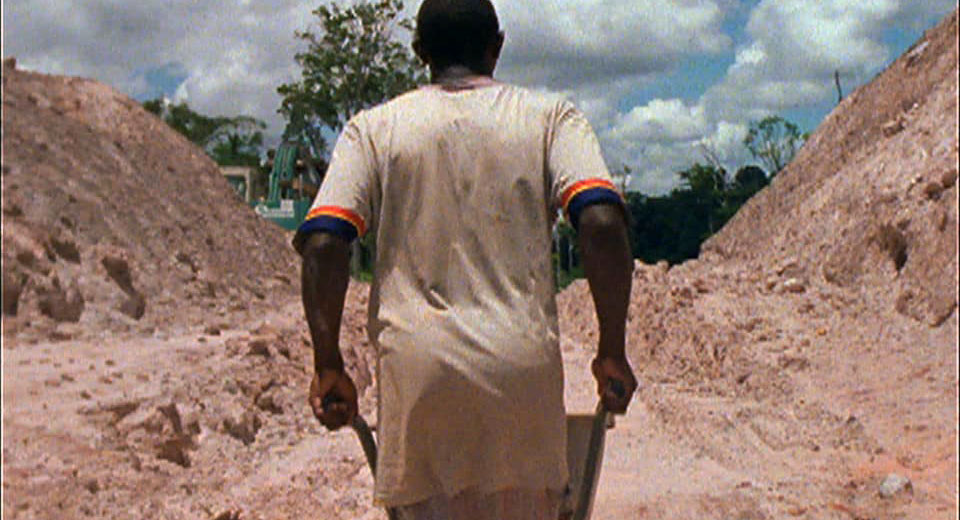 The Steadicam oneirically glides through films. It provides a corporeal presence for the camera, but one subject to a looser set of physical laws. It is simultaneously removed from and embedded within the events it records. Ben Russell’s Let Each One Go Where He May (2009) ingeniously deploys this tension, resulting in a work of gracefully choreographed realism and astounding commitment.

Over the course of 13 long takes, Russell’s Steadicam follows two mostly silent, unnamed men as they move through the cities and countryside of Suriname by foot, boat and bus. They share brief, untranslated exchanges that serve to connect them to a community without establishing a psychological underpinning for the film. Instead they are shown clearing brush and mining for precious metals or merely walking through space for 10 minutes at a time. These long stretches become mesmerizing in their persistence. Russell gently circles his subjects in their labor, his eye for composition never compromising his determination to starkly document events in full. He is less interested in a dynamic narrative than in the way these two human bodies interact with the natural environment. The frictionless glide of the camera becomes a third party, another body in the world, and its strangeness within this milieu suits our limited connection to the lives on display.