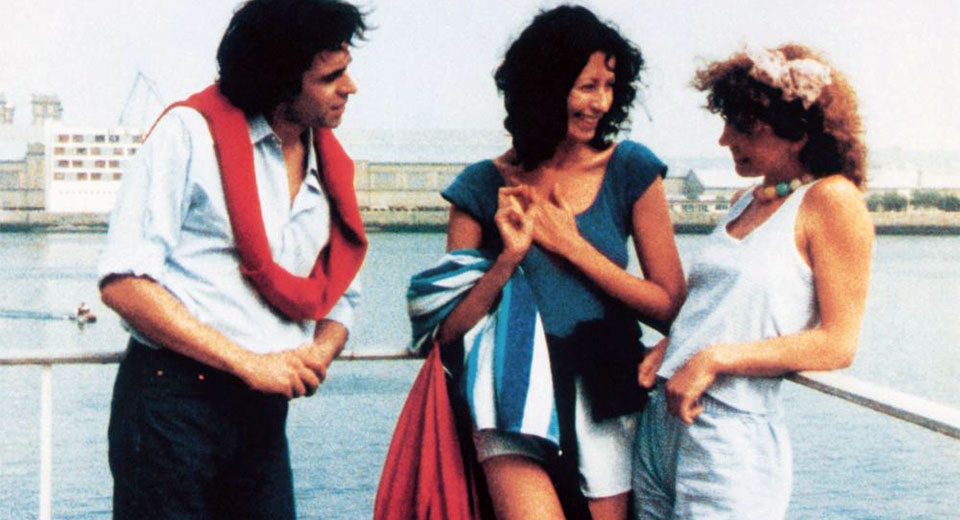 Éric Rohmer’s Le Rayon Vert — made with star Marie Rivière, who collaborated on the script and, according to the director, “called the shots” — is an immaculate portrayal of late-summer romantic longing and self-reflection. Delphine (Rivière) is a recently single young Parisian whose summer vacation plans are foiled when her friend decides to ditch her to travel to Greece with her boyfriend. Feeling the need to escape the city, Delphine tries to cobble together alternative arrangements in fits and starts, visiting married friends in the country with another couple, taking a solo trip to the Alps, and hitting a beach full of thirsty teens and twentysomethings. Her travels are more restless than rejuvenating—although she’s uncontended to stay in Paris, she seems to be forcing herself to get out. We see her happily playing with her friends’ children one moment, and fighting back tears the next; her trip to a ski lodge doesn’t last long enough for her to unpack her bags; and a budding friendship with a naturist Swede whom she meets on the beach sours when she begins to flirt with a pair of dopey daydrunk boys. Although love seems to elude her, she’s seemingly pursued by an oddly recurring motif: references to “le rayon vert” (“the green ray”), a natural optical phenomenon in which a green flash occurs on the horizon just before sunset. (If you’re curious to learn more, no need to Wikipedia it: within the movie, as a group of women marvel over the phenomenon, some guy comes by to mansplain it in scientific detail.)

The wind in the sails of the incredible film is the rich emotional integrity of Rivière’s performance. Delphine is discerning but not prudish. She doesn’t know exactly what she’s looking for, but she’s unwilling to settle for casual flings until she finds it. That this puts her at odds with both her more carefree, flirtatious friends and also those who have already long ago coupled up in (at least ostensibly) easy relationships leaves her adrift. As she explains to someone of choosing to cope with loneliness over casual dating, “You preserve what little energy you have, you keep on dreaming, and waiting”—holding out hope for an ever-elusive connection. This is what Rivière’s performance conveys so brilliantly—and that she and Rohmer leave us with a ray of hope is all that keeps this near-perfect, at times effervescent gem of a film from being completely gutting.