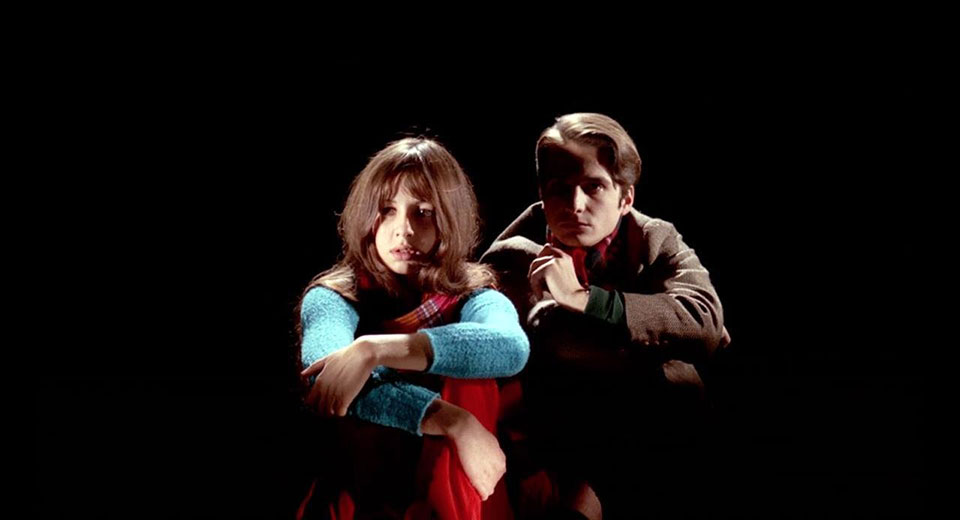 The titles of Jean-Luc Godard’s films often attempt to capture the spirit of their content, but none so much as Le Gai Savoir (historically translated as The Joy of Learning). An ostensible television adaptation of Rousseau’s Emile,  this quasi-sequel to La Chinoise — trading in an all-red color scheme for an all black one, while keeping and relying on the copious inserts of comic books, stock footage, and pages of text — revels in analysis and autocritique as a method of learning about the way to move forward; in one sense, politically and sociologically, and in another, more personal sense, how Godard is to move forward in his own set of cinematic aesthetics and meaning. Indeed, Le Gai Savoir is the blueprint for all of Late Godard, from his 70’s essay film work and his sensuous 80s adaptations, all the way to his latest (a friend of mine aptly dubbed it Goodbye to Language 2D).

If La Chinoise marked the end of an era for Godard by being drenched in somewhat defeatist Maoist tracts, Le Gai Savoir takes the baton and”goes back to 0”, as if everything had been reset after May ‘68, and its up to these two intrepid students (Jean-Pierre Leaud and Juliet Berto), aided by a vague raspy voice (Godard himself) to build the layout for a new, radical society. “It’s true, for social studies, it’s not about composing man, but to dissolve him.” - Leaud’s Emile states in one of the films multiple Derrida-ian declarations. To do so, an admittedly insurmountable enemy must be conquered first: language. Image and sound must be dissolved to take on language at its base.

Once things are dissolved, they can be juxtaposed, would seem to be Godard’s artistic and theoretic statement of intent, not only for Le Gai Savoir, but for all of his essay films to follow (“It will create unorderly experiences”). Rousseau and television are the guiding lights of Le Gai Savoir, as excerpts are read in juxtaposition to clips of political speeches flipped through like channels surfed by remote. There are several entertaining detours to the main discourse of Godard’s treatise such as when a word association sequence is played out with a lad who looks conspicuously like Alfred E. Neuman, or when Juliet Berto is dressed in 18th century garb, lavishing eloquent nonsense before detailed renderings of Spider-man, the Hulk and Batman. Le Gai Savoir also marks Godard’s decisive turn from idolizing Classical Hollywood to attempting to recognize a more international view of cinema (although by the end this view is decidedly European, when he denotes Straub, Rocha, Bertolucci and Skolimowski as the filmmakers to take up finishing the task he’s started).

The decisive immediate-post ‘68 cinematic statement, Le Gai Savoir teaches us how to look out Godard’s cinema going forward, where hopefully, images will be based off of “known things” rather than unknown things (a trend Hollywood apparently perpetuates), but above all, admonishes us to create an autocritical, polemical cinema.