Last Night at the Alamo 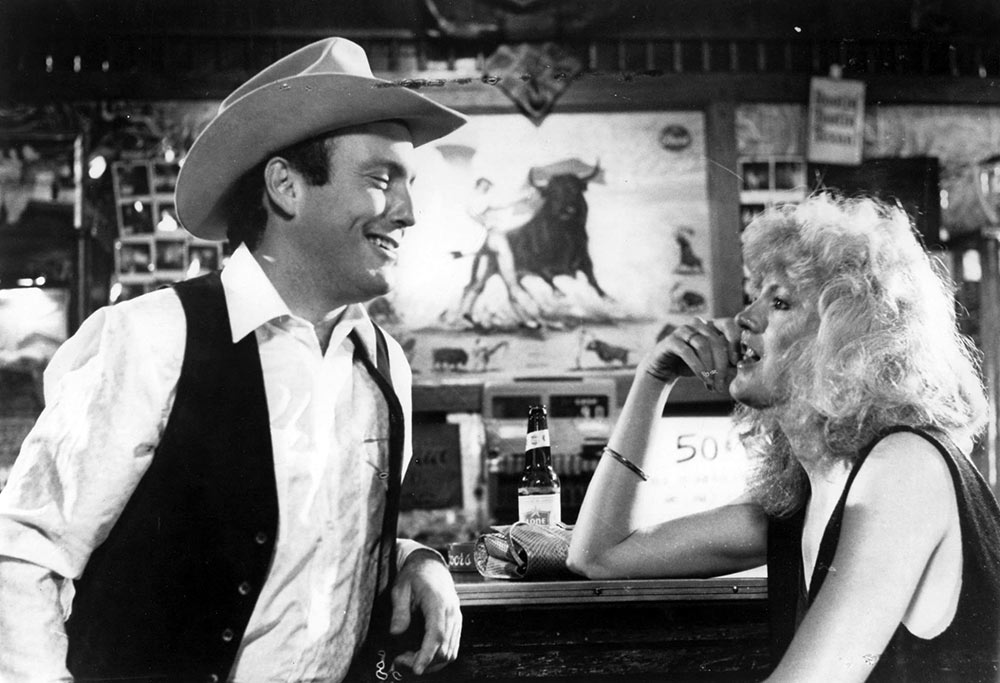 Eagle Pennell’s recently restored Last Night at the Alamo (1983) chronicles the last hurrah of a rowdy Houston bar and its collection of foul-mouthed, sloppy drunk patrons. In no-frills black and white (with touches of more studied photographic elegance), Pennell’s camera bounces around the crummy space, snaking between characters as they spew an unrelenting torrent of “mutherfuckers,” “shiieeets,” “gawd damns,” and “sonuvabitches.”

The crass style of Last Night at the Alamo can best be described as “shitkicker naturalism.” The film’s energetic tornado of vernacular vulgarity comes courtesy of The Texas Chainsaw Massacre (1974) co-writer Kim Henkel, whose dialog — with the help of a group of skilled performers — propels words beyond signification into a realm of profane musical abstraction.

The characters Henkel creates are pure flesh-and-blood. There’s Claude, a salty working man who takes refuge at the Alamo after his wife kicks him out of the house. There’s Ichabod, a hot-tempered young fool, drunkenly angling to get his girlfriend to a hotel room for the night. And there’s Cowboy, the Alamo’s resident smooth-talking legend who has plans to save the bar from demolition. Each of these tragicomic characters is destined for disappointment: Ichabod will be too drunk for sex, Claude will probably head home with his tail between his legs, and Cowboy, bald underneath his stetson hat (perhaps the film’s central metaphor), will of course fail to save the Alamo. The fantasy world these men inhabit, bulwarked by fragile masculinity, booze, and bullshit, is quickly crumbling, and Pennell’s film captures the bathos of it all.

Last Night at the Alamo is something like The Last Picture Show (1971) with all the titillation removed. What’s left is the beleaguered sadness of broken dreams and cheap beer. As depressing as Pennell’s film can be, echoing aspects of the alcoholic director’s own tragically short life, the exhilaration of being there in the middle of it all emerges as the dominant emotional note. And although the film is about being present at the end of something of outsized significance to a small handful of people, Pennel and Henkel’s film is, still, wildly alive.