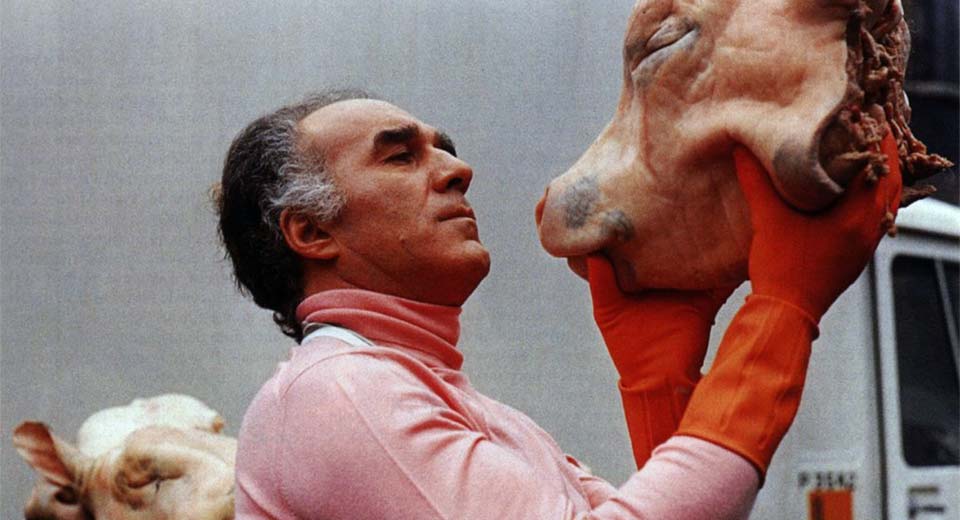 Did you happen to catch that sputtering, not-quite-bombshell feature in Vanity Fair last week? No judgement here, fearless reader - how could anyone overlook a headline like this? The heaping helping of decadent depravity from Silicon Valley’s ultra-elite seemed too tawdry to pass up. Throw a little moralizing from the mainstream media in there, and you’ve got yourself a real hot take of a stew - but remember: there is nothing new under the sun, no matter how unseemly.

If the promise of canonical film school heartthrobs - among them Marcello Mastroianni, Ugo Tognazzi, and Michel Piccoli - gorging and fucking themselves to death in a provincial villa sets your heart a-racing, close that incognito tab and treat yourself to La Grande Bouffe. The scatalogical Franco-Italian masterpiece from director Marco Ferreri returns to Spectacle theater this month as part of its annual “Best Of” programming round-up. Rest assured - whatever freak flag is flying in Palo Alto can’t hold a candelabra to the doings of these aging, polymorphous Don Juans, whose singular death-drives each result in a different, grotesque denouement. Full bellies and belly-laughs await the hungry viewer - after two-hours-and-change of bilious morbidity, the next home-grown, garden-variety orgy you read about will seem like little more than a light snack.