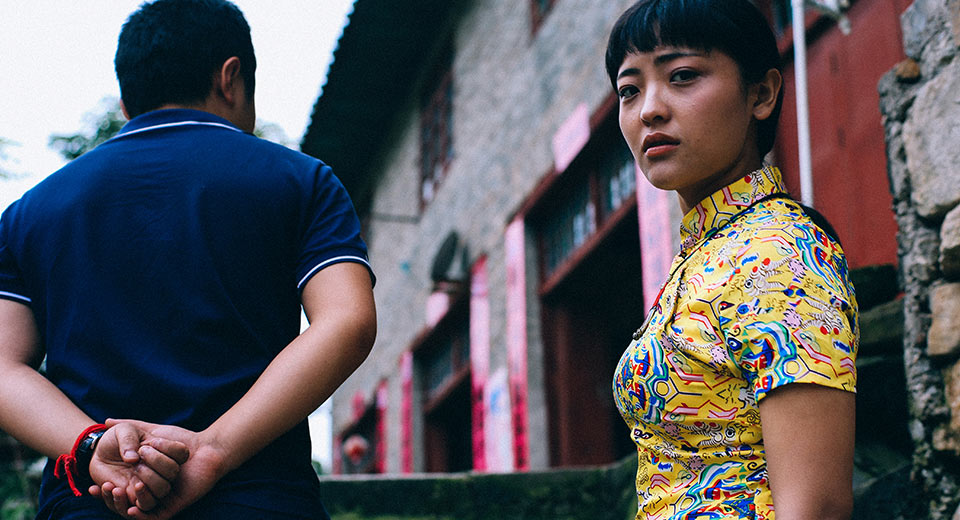 Kaili Blues, the debut feature from the Chinese director Gan Bi, begins with a series of spectral images: We see a middle-aged man, named Chen, dressed in a white doctor’s smock. We see a small village clinic, a deserted theme park, and bars inhabited by men with nothing to do. Hovering between them, we see a young boy, Chen’s nephew, who is scared to be alone in a town where the radio reports daily sightings of a “wildman” stalking in the woods at night.

In a fractured succession of conversations and arguments, Gan Bi and his cinematographer Tianxing Wang construct a village populated with men and women who are haunted, and hunted, by their collective pasts. Wandering from back alley to rooftop bar, Chen alone asks questions. In return he receives answers that amount to their own kind of silence.

Spurred by the sudden disappearance of Chen’s nephew, and by a request from a colleague to deliver a new shirt and a cassette to an old lover to whom they’d been promised, the film abruptly transitions into a startling second part. Suddenly Chen is on the road, heading toward the city where his nephew might be—and where the ex-lover lives—and this shifting of space is met with a monumental shift in cinematic style. In a single, unbroken take—lasting nearly 41-minutes— the camera follows Chen into the lives of a village where there is a river that he is trying cross. The shot is a technical and theatrical feat, orchestrating what seems like an entire village of supporting characters around the floating eye of the camera.

There are precursors to this kind of effect. What feels so extraordinary about Gan Bi’s achievement is the seamlessness with which he incorporates his experimentations into the fragmented structure of his story. As we follow Chen to the other village, and further into his past, we sense that the multiple time-zones of the film are collapsing into one another. The village that Chen has left, and the one that he is traveling to, together, come to outline a state of limbo between overlapping pasts, presents and futures, which the quotation from the Diamond Sutra that opens the film suggests is the true reality (or unreality) of being alive.