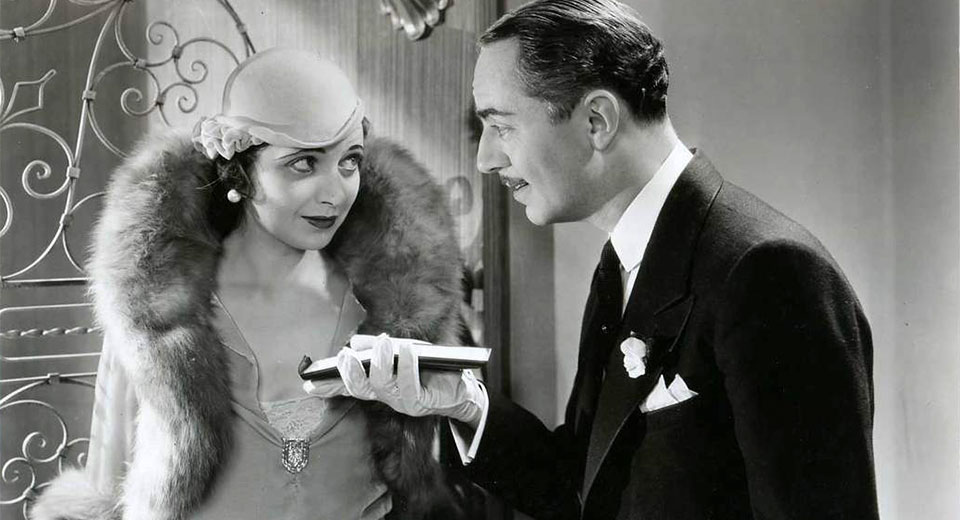 It's closing time in an upscale commercial thoroughfare. A jewelry store security guard, the staff, and a few elite customers present for an exclusive viewing are held captive as the glittering inventory is spirited away. It's just another night in the inky cul-de-sacs of the Warner Brothers backlot, doubling for the mean streets of old Vienna.

The Austrian capital may strike some as an unlikely locale for a Depression-era crime caper. But in addition to their celebrated Cagney-Robinson epics, Warners, with its stable of emigre directors, kept up a more refined sideline of releases featuring gentleman thieves and other assorted larcenists stealing hearts and valuables across European cities, each painstakingly recreated in the glamorous wilds of Burbank. The goal was to shamelessly copy Ernst Lubitsch, whose elegant sex comedies for Paramount had set the contemporary standard in high-level filmmaking.

This aspiration, shared by every other studio in town, was keenly felt at Warners, which had been Lubitsch's first permanent studio home in America. Always hungering after prestige even if he was often too cheap to pay for it, Jack Warner got lucky with William Dieterle's Jewel Robbery, one of the few entrants in the knockoff sweepstakes witty and stylish enough to merit the Lubitschean comparison.

The film's limited budget and running time (a swift 68 minutes) work in its favor, presenting a louche Vienna whose luxe surfaces provide a veneer for jaded socialites to conduct a seemingly endless round of furtive, fleeting affairs both sexual and financial. That being said, we're not in Fritz Lang territory. This is a racy bauble shot through with just enough grit to lend moments of real sting to the repartee.

Star William Powell's typical urbanity and insouciance serve well as he conducts the most civilized heist in movie history, offering his unwilling guests "special cigarettes" (of the herbal variety) to calm their nerves, while conveying a light sense of menace beneath the banter.