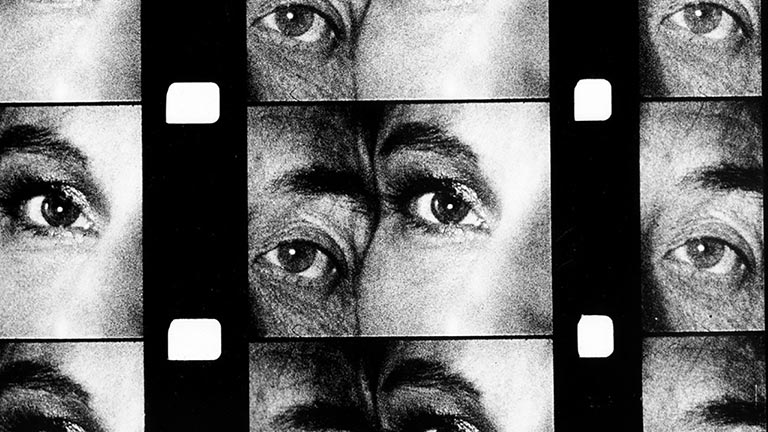 The semiannual Flaherty NYC series of innovative and groundbreaking films returns for its Winter/Spring 2019 season, which runs January 15 to March 26 at Anthology Film Archives. "Puzzling," curated by Mary Helena Clark and Alexander Stewart, considers moving image work that relates to a puzzle's qualities of deduction, solution, and confusion. The six-part series invites the audience to dwell on the idea of a puzzle as a radical entity that disrupts and rearranges social order. It also ventures to explore the notions of power that might play into a puzzle—namely, who wields the powers to create it, consume it and solve it.

In advance of the series opening, Clark and Stewart took the time to talk to Screen Slate about their extensive work in animation, film and video art, and how their selection took shape.

"Puzzling" is co-presented by Pioneer Works, and individual programs include additional co-presenters such as UnionDocs, the Colloquium for Unpopular Culture, and MUBI. On February 26, Screen Slate co-presents an evening with Philadelphia filmmaker Peter Rose. 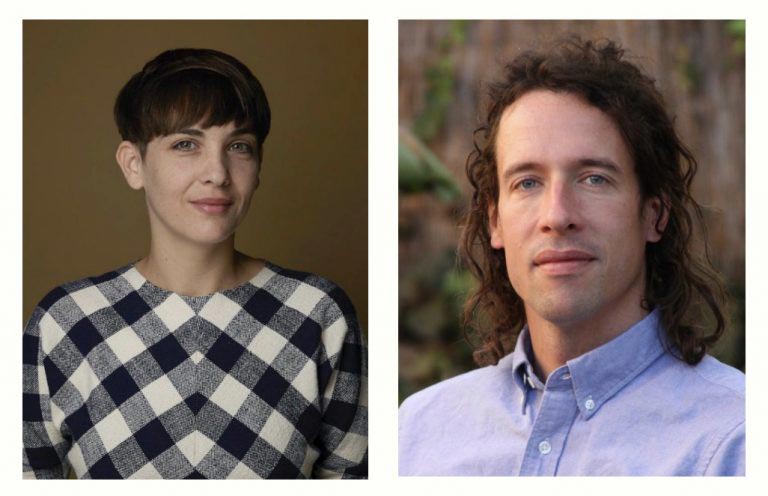 Bedatri D. Choudhury: Tell me a bit about your backgrounds.

Alexander Stewart: I've spent the last decade focusing on animation: in my art, in my curating, and in my work as a teacher, and I wanted to bring some of my knowledge about animation to this collaboration with Mary Helena on Flaherty NYC. I co-founded the Eyeworks Festival of Experimental Animation in 2010, an annual festival that has given me experience with both the creative and the logistical side of curating.

Mary Helena Clark: I'm an artist working primarily in film, video and installation and have been teaching for the last three years. I've been thinking about shaping curriculum and the arc of a class as being a lot like curating. In the past I've organized film programs at galleries like Altman Siegel in San Francisco (AS IS IS, co-curated with Josh Minkus) and Bridget Donahue in New York (Carbon Life, co-hosted with Light Industry) and the Alternative Cinema series at Colgate University.

What appeals to you about curating this series for the Flaherty?

AS: In addition to approaching the Flaherty NYC as a new forum to share some animation that I feel strongly about as a curator, this has also been exciting for me as a chance to expand my curatorial thinking. It's been very rewarding for me to get to develop a program that includes works that takes me beyond the Eyeworks format, like the pieces by Jeanne Dunning and Ken Tam, while also finding a different context for some of the artists we have shown through Eyeworks, like Jim Trainor, Oliver Laric, and Kevin Eskew.

MHC: A well-shaped program gives each film space and reveals something about the work, that may be totally relational and dependent on the night, the space, as well as the sequence of films. The modularity that's a part of a short film's exhibition life is interesting to me. Programming is hard to do, and I find it exciting to see artist-curators take a crack at it. There's usually a strong point of view or angle which can alleviate the burden of organizing something that's trying to be conclusive or complete. In this spirit, Puzzling is experiment in a set of relations. 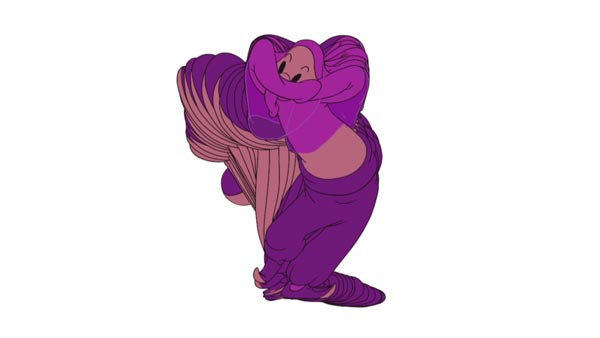 Why "puzzle"? What attracted you to the idea?

AS: In one of our first brainstorms for proposing a series, Mary Helena and I talked about the idea that avant-garde cinema can function like a "test" of the audience — showing them certain things in certain ways, and challenging them to process and make sense of the experience. That word "test" really resonated, and the conversation expanded to games and puzzles as well. The more we talked, the more puzzles seemed like the heart of what we are interested in. It seemed really ideal for what we wanted to do: an accessible and playful framework that had potential for profound social, emotional, and political dimensions. It also seemed really elastic, in that we saw that it would be possible to connect a lot of the works we were personally excited about bringing to the table under the auspices of "puzzles."

And how does one bring a puzzle together to something cohesive like a film series?

MHC: Elastic is the word. We were looking for a theme that wouldn't flatten out the works included. Puzzling is flexible… as a term, it's an action and a condition. That's useful to me as a way to think about modes of viewing that we toggle between, to work between rationality and affect. When talking about our series, a friend brought up a Manny Farber quote: "I think the point of criticism is to build up the mystery. And the point is to find movies which have a lot of puzzle in them, a lot of questions." I hope the programs find coherence through the questions they raise and the mysteries they build. 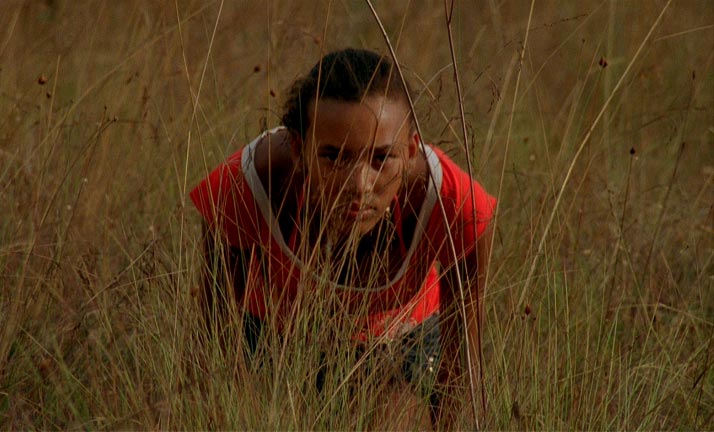 What are the conversations a puzzle has with the idea of power? Especially, in the context of "post-truth," where the state has the power, or seeks to have the power, to blur boundaries between truth and lies?

AS: A big theme for us with this series is control. The creator of the puzzle, the administrator of the test, the author of the answer key, the test-grader, these are all roles that exercise power. Our first two programs lay the framework for considering this authority, first with pieces that demonstrate authority through direct address of the audience, and then with pieces that enact authority over subjects on screen. We were also very interested in the subjects who submit to the test or the puzzle, either knowingly or unknowingly. We thought it was necessary that our engagement of puzzles assess the explicit and implicit authorities built into the form of a puzzle or test, in its many permutations: education, manipulation, abuse, rewards, cheating, obeying, resistance.

MHC: As our thinking on the series progressed, we considered the hermetic nature of a puzzle but also how it can be a (problematic) technology that makes meaning, generating truth claims and shaping realities. This expanded view of puzzle-as-system allowed us to open the series up to films that interrogate storytelling, belief, diagnosis, the malleability of an image's meaning. This lead us to discover the noir-ish archetypes applied to found images in James Kienitz Wilkins' TESTER, the conspiracy theorists in Jennett Thomas' Return of the Black Tower, andthe painful tension between the personal and the medical-industrial complex in Leslie Thornton's Strange Space. We found a similar tension, or maybe struggle is a better word, in Ana Vaz's Ha Terra! She uses a pursuit between camera and subject to examine looking, naming, and claiming related to the colonial histories of Brazil and Portugal. Through the detective, the diagnostician, the theorist, and in the dominant narratives you see a desire for order that doesn't always square.

What was the process of sequencing the program?

AS: Once we had the theme in place, we had no problem coming up with more than enough films to fill six programs. We had several more programs and sub-themes that we didn't include in the final series, and even an ongoing discussion that maybe we would expand this into a semester-long course someday. So, for us, a lot of the curatorial process was about narrowing down, tightening up, and organizing. The structure of six nights with six themes was really helpful, and playing around with what would or would not fit into each theme is where most of our curatorial conversations happened. 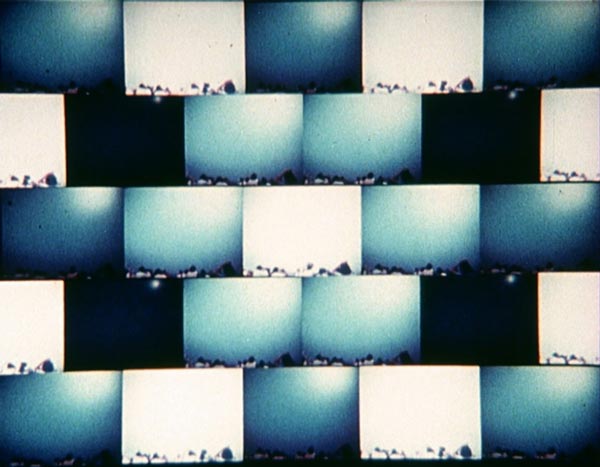 What were your must-haves?

MHC: Works that deal with fragmentation and citation like Jean-Paul Kelly, Dorothy Wiley, and Karen Yasinsky were the first to spring to my mind on this theme. These films approach their aural and visual components as discrete and metonymic, and determine their structure based on an internal logic that may or may not be accessible to the viewer.

I think one of our challenges was to make sure the films included weren't presented as problems or a "solve for X" situations. Having the first two programs address the audience and subject — and consequently, the constructed reception space of the cinema — seemed best. Once the participants and cinema as "control space" was established, we could explore ideas around legibility, language, internal logic, naming, confusion, etc. From the outset we knew we wanted to include works outside of experimental film tradition. Looking to underscore the use of direct address in the films from our opening night program, we invited Aki Sasamoto to perform, as her work toys with the authoritative figure of the professor and the structure of a lecture. In the same program we include a three minute film that was used in a psychological test conducted in 1943 by Fritz Heider and Marianne Simmel. This approach is something I'd like to push further moving forward.

What are some of the challenges in putting forth a program like this?

AS: Putting together a lineup with a lot of short pieces coming from different sensibilities, motivations, and contexts, is its own puzzle. You find yourself being asked questions by certain works that you discover can be answered with other works, often in unexpected ways. Some films and filmmakers catalyzed our thinking on topics early on and formed the bone-structure of the series: Owen Land's New Improved Institutional Quality, Laure Prouvost's work, Daria Martin's Soft Materials, Peter Rose's films from the early 80's. Those pieces led us to seek out works that could solve both the literal and the contextual questions they were raising for us, which led us to pieces like Barbara Hammer's Sync Touch, Jennet Thomas's Return of the Black Tower, Sara Magenheimer's work, Joe Gibbons's His Master's Voice. This kind of curatorial thinking is at moments exactingly logical and at other times wildly intuitive, and it is really fun to externalize these modes of thinking with a collaborator. 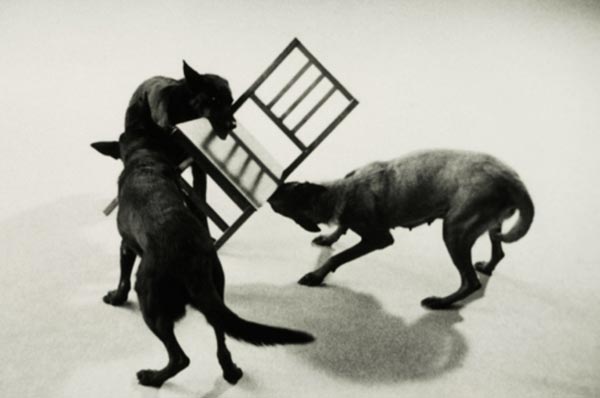 Some of the films in the program are so personal, and so dependent on a person's own specific way of seeing. How did you two discuss the participative co-programming aspect of it all?

AS: In addition to the better-known works we were both discussing from the start, we also each had a number of films that we thought were exciting but that maybe the other person was less familiar with. Some were really easy to see as puzzle films, and others less so. I think those individual choices gave the programs more depth and variety. One film I was sure I wanted to include was Lilli Carré's Jill, a really remarkable CG piece that works with the control and resistance implicit in testing a subject in a way that is humorous and unexpectedly affecting. Another film was Ruben Bellinkx's The Musical Chair, a mesmerizing and disturbing work that I had been looking for an excuse to curate in something for years. It maybe a less obvious fit for the idea of a "puzzle", but once we started looking at it in the context of the themes, it became a central film for the series and helped us put other things into place.

MHC: Choosing the right collaborator makes the other decisions much easier.

What do you hope will be the audience's take away from the series?

AS & MHC: We hope the series provides a useful context to the works we chose, and the programs themselves are engaging and challenging for an audience. We also hope that the experience of seeing the films gives a lot of space to the particular feeling of being puzzled, in its various productive and unproductive forms.