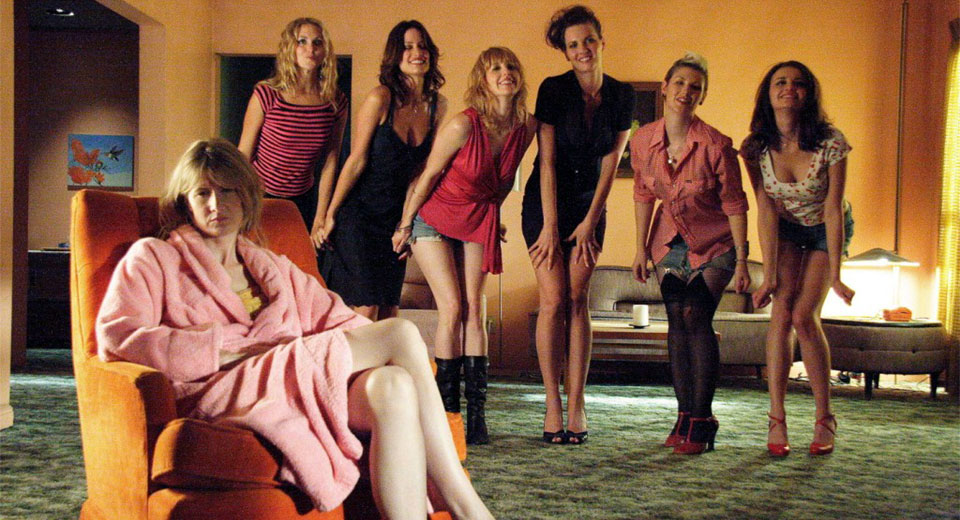 One of my teachers in college claimed that watching Inland Empire made her vomit right in the theater. I can’t think of higher praise for one of the hardest-to-digest films of this century so far, the final feature (to date) of David Lynch, which manages to work as both career summary and the vision of a new way forward—if, possibly, into Hell.

Lynch superstar Laura Dern appears as Nikki, an actress working her way back into Hollywood through her role in a prestige foreign remake. Immediately, though, things are not what they seem: rumors of a curse on the picture knock Nikki down a rabbit hole of self-investigation where she and her onscreen character, Sue, start to fuse—and that’s just the jump off of a journey which drifts madly between dueling nightmare versions of L.A. and Poland while mostly living in the bereaved interior space between the two (three? four?) personalities of its lead actress.

Spun from Lynch’s groundbreaking experiments in online video, Inland was made privately with a small group of collaborators over several years on prosumer DV. Largely self-financed and self-built (Lynch works here not only as writer/director but as cinematographer, editor, composer, et al), this is a digest of everything, good and bad, that defines this particular artist. Stuffed to three hours, it is a buffet for fans and probably an endurance test for skeptics—exaggerated, in either direction, by its homeschooled camerawork which gives the sense that we are flipping through the David Lynch sketchbook.

It is that sketchy quality which hangs behind the longest, and if this film is the peak of anything in Lynch’s career, it is his lifelong search for an intuitive narrative voice. The cap on his three film tour of Los Angeles (following Lost Highway and Mulholland Drive), Inland also shares with those films an enchantment with split identities. The dislocated worlds of these characters are always seen from within, and instead of a medical or social analysis, Lynch wants to provide a felt experience, a place from which we can inhabit—sometimes in ugly ways—the full dimension of their trauma. It is this same twilight room in the soul which permits Lynch to tell stories less in need of rational cause and effect, and under this light, Inland stands as one of his most accomplished works.

Screening on 35mm as part of Screen Slate’s own This Is Mini DV (On 35mm) series at Anthology Film Archives, this is without a doubt the best way to witness Lynch’s goodbye to feature filmmaking: big, loud, nasty, and overwhelming. Aside from the work which this director is now inflicting upon premium cable, there is truly nothing quite like Inland Empire—and while it is an open question whether or not this is the best David Lynch film, there is little doubt that it is his ultimate.