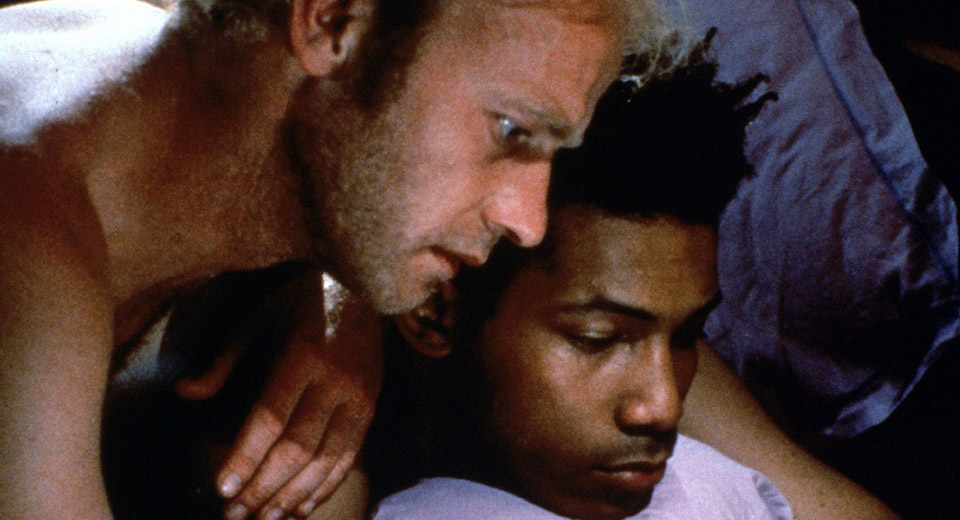 From the very first frame, I Can't Sleep explores alienation in a way that is subtle and inviting; with intense quietude, economy, and precision. Claire Denis earns our attention with what I would argue is a soft power—power gained by attraction and inspiration, rather than force or coercion. The effect is such that the totality of all intersecting expressions of alienation may elude certain viewers, while simultaneously provoking others. This allows for the possibility of a many meanings to coexist in the minds of a diversity of viewers, thereby transforming what might otherwise be a disturbing and repulsive true crime story (about a charming young Martiniquais man living with AIDS, later revealed to have been a serial killer of elderly women) into a more accessible and compassionate meditation on alienation and its many unknown or unseen consequences. Denis challenges cinematic and generic convention by refusing to succumb to confrontational aesthetics or hostile tone, instead treating her controversial source material—ergo, the viewer—with simplicity, directness, and respect. This careful ambiguity is a unique strength of the film and the filmmaker, and allows for multiple points of entry into an essentially unsolved (as far as motives are concerned) mystery. It allows for the coexistence of multiple perspectives both in the design of the plot itself (three protagonists!) and its narrative discourse, or the triangular manner in which the plot is constructed: three parallel narratives whose events clarify and enrich each other in unexpected ways.

This sense of otherness persists and represents itself variously as the film progresses. The characters take their turns othering and being othered—men and women, French and foreign, bourgeois and working class—and oftentimes roles are reversed and identity redefined in relationship to different people: as when Camille (Richard Courcet) is at once abusive lover (to Raphael, his boyfriend), loyal son (to Fleur, his mother), charming but forgetful tenant (to Ninon, the hotelière), mysterious stranger (to Theo, his brother), softspoken muse (to his Doctor / lover), and cold-blooded serial killer. His identity is dynamic, fluid. But then again—so are all identities, as identity itself is an illusion, is a social construct. Denis' masterful exploration of alienation reveals the true meaning of identity: that it exists only in relationship to others, and it is too often the "other" that gives definition to the self.