I Cannot Tell You How I Feel 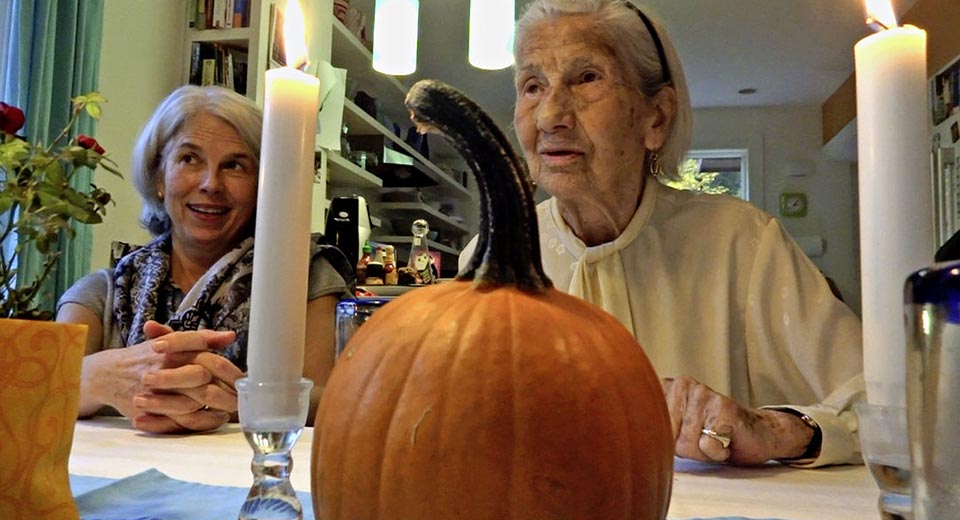 There’s been a recent, very interesting microtrend among female experimental filmmakers. In the past few years, we’ve seen films by Chantal Akerman (No Home Movie) and Beth B (Call Her Applebroog) that see each filmmaker dealing with her relationship with her aging mother, and how her mother’s past reflects upon the director’s present. Su Friedrich’s I Cannot Tell You How I Feel , world premiering tonight at BAM Cinematek, is a thoughtful, richly felt addition to the genre.

Friedrich’s mother Lore, who has been featured in Friedrich’s work before, is 94 and still living by herself in Chicago. With Lore showing signs of severe memory loss, Friedrich and her brother and sister decide that she needs to be moved into an independent living facility an hour outside of NYC, where she won’t be alone, and her children will be closer. Friedrich makes a film to document and process the transition; not only is Lore nearing the end of her life, but Friedrich herself is as old as her mother when they last made a film together.

The film begins with Lore telling Su that the move might literally kill her, and that sense of isolation, of dread, of anger, of confusion echoes throughout the film. Lore cannot remember recent events, she asks the same questions of Su over and over again, she is angry about the move, and she even suggests to Su at one point that her daughter doesn’t like her anymore. The fact that doing the right thing for her mother means hurting her clearly weighs heavily on Friedrich, but the film has no easy conclusions.

Screening with Friedrich’s new work is her 1985 collaboration with Lore, the essay film The Ties That Bind, in which Lore tells the story of growing up in Hitler’s Germany and what happened to her during World War II. Although I Cannot Tell You How I Feel is the new work, The Ties That Bind feels stunningly contemporary. Lore describes Hitler’s promises to give “every German a house, a garden, a job,” and remembers Hitler’s election as “There are times when something good should happen, and evil arises. It’s terrifying.” My heart was in my throat the entire duration of the film; Lore’s description of the life she could have had, if she hadn’t been born in Germany during the War, is heartbreaking. Friedrich links the terror of Nazi Germany to the Cold War nuclear arms race, but The Ties That Bind gives a vital, grim look at a culture not unlike our own.