I Are You, You Am Me 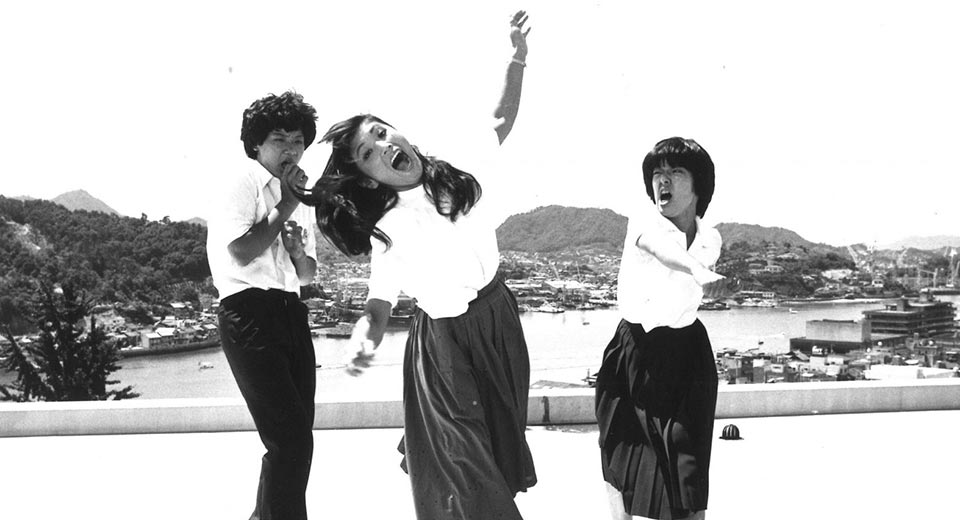 Featured Screening: I Are You, You Am Me at Japan Society . Post by Danielle Burgos :

Nobuhiko Ôbayashi’s 1982 film Tenkôsei might be the only coming-of-age story where the emotional climax isn’t a declaration of love, but the moment immediately after when young man Kazuo shouts “I’M GONNA PISS STANDING UP!” and his companion Kazumi enthusiastically declares “…and I’ll watch!” And they do! And the shot lingers! And it’s perfectly charming.

For those familiar only with Obayashi’s experimental earlier works, Tenkôsei will seem a radically straightforward departure, avoiding all zaniness inherent in its premise—two middle-school students with similar names who, crossing paths for the second time in their lives, accidentally swap bodies after tumbling down a flight of stairs—in favor of a sweet (and sweetly crass) character study of youths on the cusp.

Tenkôsei’s English title I Are You, You Am Me gets across the film’s gender- and identity-confusion, but the literal translation Exchange Student better captures its point. The entire film follows the brief but vital overlap of Kazumi’s return to and Kazuo’s farewell from their childhood town, restarting the awkwardness of puberty by swapping bodies just as they’d begun adjusting to their new selves. For her it’s a return, for Kazuo, it’s farewell—she’s replacing him, but only after literally doing so.

However, this is still the story of a male protagonist, even if he is in a female body. When they swap, Kazumi’s immediate and continued reaction to occupying Kazuo is crying. Kazuo, finding himself in Kazumi’s body, adjusts far more readily, but without really conforming to female norms—he perpetually forgets ‘ladylike’ things, like not brawling, sprawling out, or forgetting to put on his bikini top. Most of this works to his advantage, like winning all the girls’ admiration after punching out a bully. Considering the raw deal ladies get in a gendered society, Kazumi never takes advantage of her newfound maleness – instead, the trauma of being out of body nearly drives her to suicide.

A comparison of troubles serves to scale: Kazuo-as-Kazumi’s are mostly physical – at home with mild period cramps, he sprawls on a bed chomping homemade snacks watching baseball on TV. He’s out of school for a day. Kazumi-as-Kazuo’s are emotional—ganged up on by her male friends calling her a fag and further stripping her of bodily autonomy, they tear her pants off to see ‘if she still has a dick’. She stays out of school for a week.

Kazumi’s excitement about and sudden lack of caring for her crush (played for obvious comedy as well) is brushed away with ‘I realized how childish it was’. A schoolgirl infatuation trifles in comparison to the total intimacy Kazuo and Kazumi grow into over the course of the film, from purely physical to deeply emotional.

Filmed in Obayashi’s actual hometown, the movie’s bookended by film as a medium for nostalgia– opening with 8mm film footage, Kazuo’s dad says he ‘forgot’ the beauty of the town until seeing it projected. After returning to normal (and to the desaturation of black-and-white; color’s reserved for the film’s core heightened situation), Kazuo captures Kazumi on film as they separate, his zoom failing as she grows smaller and grainier. —Danielle Burgos