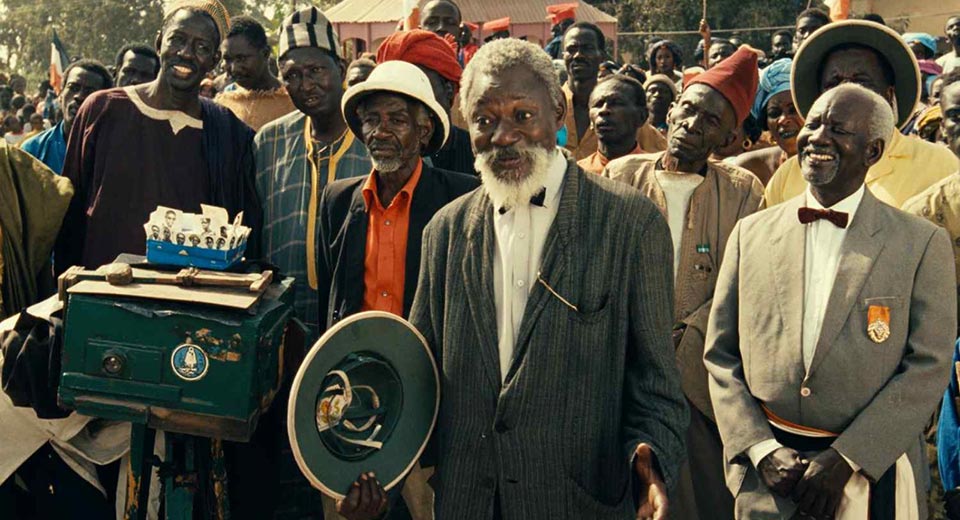 In Mambéty's film, Swiss author Friedrich Dürrenmatt's tragicomic play The Visit is transplanted to the village of Colobane (Colobane Gossas), a commune d'arrondissiment of Dakar, Senegal. An aging beauty, Linguere Ramatou (Ami Diakhate), who has grown incredibly wealthy during her time abroad, returns to her native village, which has slid deep into crippling debt. Linguere offers to save the village from its economic woes but with one catch: the villagers must kill her former lover, the good-natured shopkeeper Dramaan Drameh (Mansour Diouf), who abandoned Linguere after she became pregnant at 16.

Mambéty's two feature films create an artistic continuum. Touki Bouki, which translates to The Hyena's Journey in Mambéty's native Wolof, is a story of restless youth filled with passion, possibility, and the liberating potential of crime. The wily figure of the hyena, violent and resourceful, becomes the analogous counterpart of our two young protagonists as they careen through the film on motorbike, outrunning a world which seeks to break their spirits. Hyenas, made as Mambéty approached middle age, inverts the symbol of the hyena. The townspeople who accept Linguere's dark bargain, are now Mambéty's hyenas. They too are driven to crime to gain their freedom. The freedom they seek however, is not that of youthful idealism, but freedom from the economic shackles of debt. While Hyenas is a delightful film filled with humor and warmth, underneath it all is a sobering theme about survival and utility from a maturing artist. For Mambéty, human deprivation and suffering has the potential to unleash the animal in anyone.