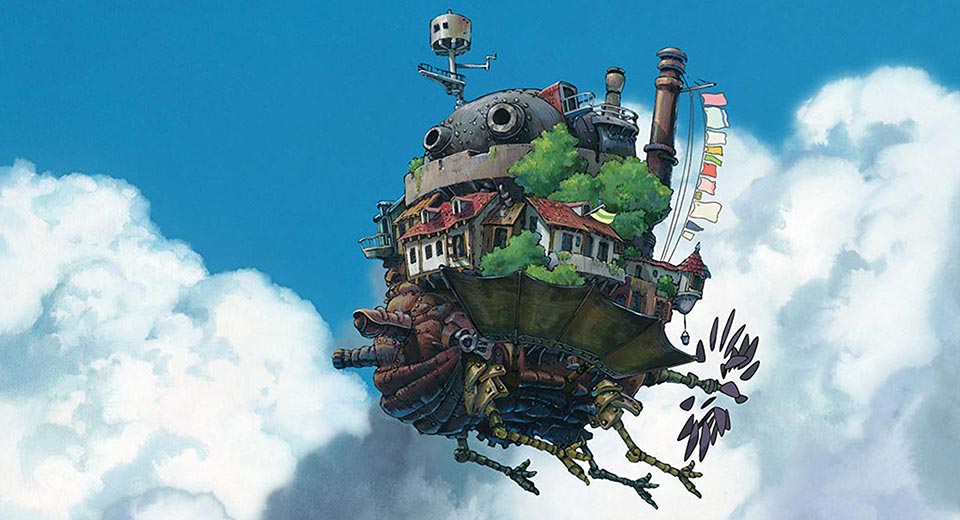 If 2018 has been a tough year for you (and if you have been living on planet Earth it probably has) then do yourself a favor and close the year out in style by escaping the drudgery of real life and catching a screening of the always delightful Howl's Moving Castle at the Museum of the Moving Image.

A Studio Ghibli classic from 2004, this animated gem from Hayao Miyazaki features many of the elements that have made his films into worldwide sensations: a storybook European landscape, an inventive cast of cursed misfits, and a plot that twists out of your hands the minute you seem to grab hold of it. What makes Howl different from the rest then isn't so much the deviation from this trademark recipe, but how incredibly well these ingredients coalesce in this film, making it one of Studio Ghibli's best.

Based on a novel by Diana Wynne Jones, the film follows Sophie, an unassuming teenage girl working in her late father's hat shop who gets cursed by a wicked witch and is transformed into an old woman. Seeking help and revenge, Sophie lands in Howl's magical castle, which moves about the country on two legs. She earns her stay by becoming the castle's cleaning woman and making friendships with the bewitching crew, which include a boy-wizard, a quick-witted fire, a helpful scarecrow she calls "Turnip Head," and last but not least, the love of her life, the spellbinding Howl.

A fantastical adventure ensues, as the group travels in their castle from wartorn battlefields to natural paradises, doing their best to help one another and break each of their spells every shaky step of the way. A true joy from start to finish, the dazzling ride includes breathtaking animation, the kind which is so arresting it makes you want to freeze the frame and try to jump into its peaceful lakes and perfectly blue skies. For this is Miyazaki's films' unquestionable power. They invite the viewer to escape the real world, not by disregarding it, but by showcasing the very best parts of it, allowing hearts and eyes to be serenely mesmerized by its beauty.