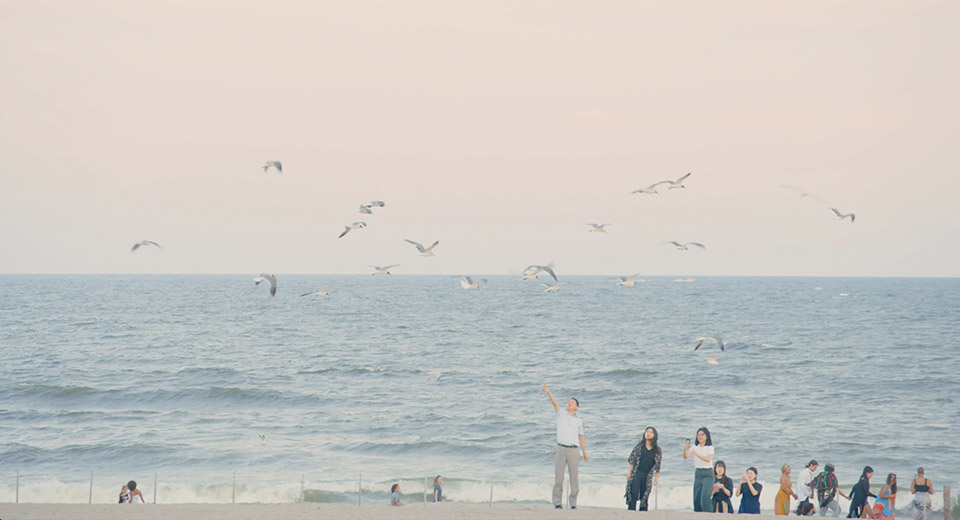 Though his face and voice are absent, and his name is invoked only in passing, there is no better document of the Trump years than Brett Story’s inexhaustibly rich essay The Hottest August. Ostensibly a chronicle of NYC and its denizens during August of 2017, about the time it sank in that each following year would be less bearable than the last, the film suggests through deceptively simple means the latticework of money, appetite and misanthropy that have brought us to the brink of self-annihilation. Trump played too small a role too late in the game to merit much of Story’s too-brief runtime. If he were the real problem, we could all get some sleep.

Story and cinematographer Derek Howard present gallery-ready compositions of infrastructure and folks at leisure between largely dispiriting interviews with New Yorkers discussing their personal and collective futures. Amazingly, the most exceptional American city easily stands in for not just the United States, but every developed economy the world over. Wholesome beach idylls assume an apocalyptic menace after a survey of post-Sandy devastation in which a homeowner repeats the canard about Al Gore drumming up interest in climate change for personal profit. She’s convinced that there won’t be another 100-year storm after Sandy, but acknowledges, unwittingly befuddled by the math, that scientists are now calling for 300-year storms. Elsewhere, a gaggle of mostly white hipsters obliviously cosplay the Roaring Twenties before Story smash cuts to an endless line of women of color waiting to enter a housing court. Former cops forbid talk of politics in a bar before espousing the virtues of gentrification. A buffoonish trader calls capitalism an ideologically neutral “tool.” White homeowners deride the desegregation of their neighborhood after quickly asserting that they’re not racist. None seem aware of the cognitive dissonance that permits them to square their pleasures and convictions with encroaching oblivion.

In rich, static tableaux, the quotidian reality of 21st century American life is at once warmly recognizable and condemnable. Pest control, perspiring window units, hills of garbage and brokedown rollercoasters all present as metaphors or synecdoche of a ravenous lust for material comfort underpinned by unending economic growth. Airplanes repeatedly puncture and feed the sky’s held heat while below we all struggle to grasp the dance of interdependent systems governing our lives. Story doesn’t mince words; citing Marx, she repeatedly invokes global capital as the engine of destruction. Attempting to make the abyss legible, The Hottest August might be the most devastating film ever made.