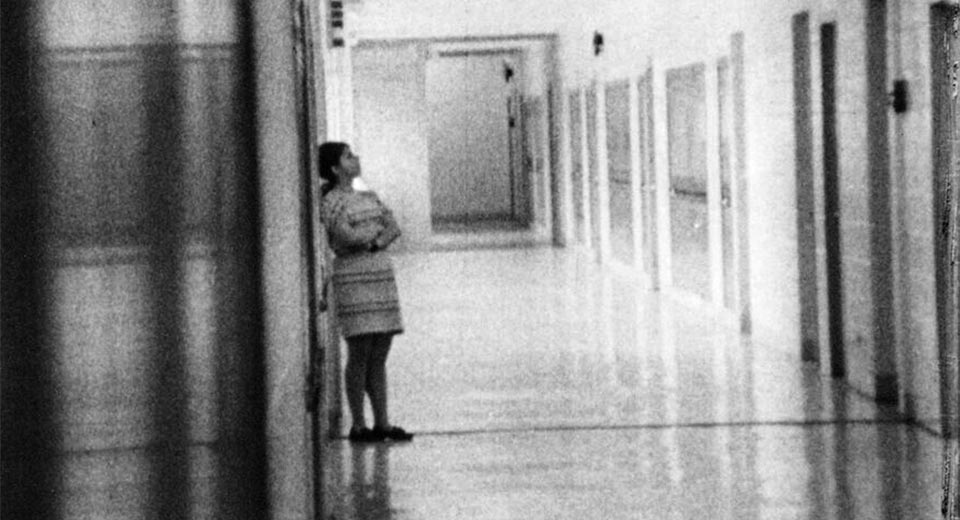 In High School (1969), Frederick Wiseman visited Northeast High in Philadelphia, which, in the words of a student, is one of the most “scientifically and technologically” advanced high schools in the country, but “morally … a garbage can.” The constant guilt-drilling by administrators and counseling staff will bring you right back to your own purposely forgotten days on that threshold to the “real world.”

Anyone who attended a public high school might be surprised at the level of discourse of Northeast’s faculty. We dive right into a Spanish lesson, the teacher lecturing on Sartre and having her students repeat the word “existencialismo.” Later, in presumably a literature class, a young, hip teacher parses Simon and Garfunkel’s "The Dangling Conversation," with lyrics by the former, whom she dreamily praises as the real “poet” of the two. (From the tape deck we hear the duo asking what could be a meta-commentary on the class itself: “Is analysis worthwhile?”) A guest speaker advocates birth control, and in social studies we hear a lecture on U.S. labor relations, with references to the growing wealth imbalance in American society and to Michael Harrington’s muckraking The Other America (a book that according to my friend Tony, who went to highschool four years earlier than these kids, would never have made it anywhere near the curriculum in his time).

In contrast to these progressives, the beefy, crew-cut dean (one of the main characters) is properly authoritarian, telling a waifish student that the main thing he’ll learn here is how to “be a man” and “take orders.” But the most reprehensible character has to be the smarmy sex-ed teacher, who makes himself popular with his all-male, adolescent audience by joking about how great it is to get paid to stick his fingers in young girls’ hymens. Is this guy even a medical doctor? (Sex-ed is another thing that Tony told me was a post-1968 innovation, as were payphones in the hallways.)

Wiseman told an interviewer, “One of the aspects of High School that is rarely commented on is the enormous passivity of the students,” but to me they actually seem pretty entitled. When a whiny kid with glasses and an overbite declares that he’ll accept his four-hour detention, just this once, “under protest,” you sort of sympathize with the dean in spite of yourself. But other support staff are there to dispel illusions of success. When a career counselor tells a student, “You should have a plan for what happens if none of your dreams come true,” that cold feeling of disappointing reality that you’ve probably gotten used to since high school washes over you again as if for the first time.