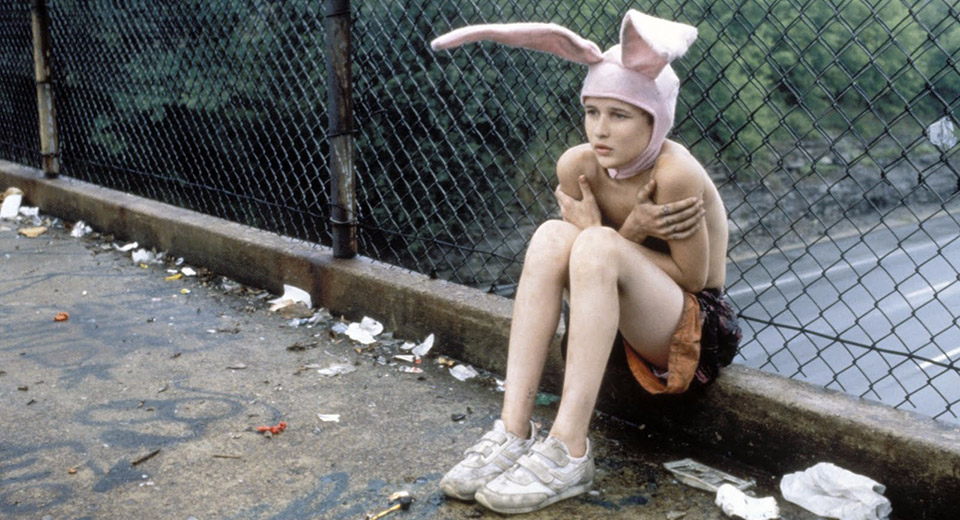 Utterly shameless as it issues one shrewdly calculated shock after another, Harmony Korine's Gummo ultimately settles near a sublimely affecting and often brilliant frequency. Somehow, often within a single scene or image, it manages to be simultaneously indefensible, dismissible, exploitive, heartbreaking and completely revivifying. It's a heavy trip if you allow it to burrow its way under your skin.

The denizens of Xenia, Ohio exist in a collective haze after the town was completely leveled some years ago by a tornado. Within their grimy homes, these freaks — both real and manufactured – seek inebriated oblivion, violent catharsis and makeshift family units. Every scene is awash in garbage and rage. The finished result: Rural Sewage Surrealism.

Korine's main characters are Solly and Tummler, two boys who earn money for drugs and sex by selling dead cats to a Chinese restaurant. When not gunning down strays, the two huff glue and interact with the confederacy of damaged souls left to rot away in Xenia. Their voice-overs relay mini-narratives about current and previous Xenians accompanied by Super-8 and video footage. The technique enables Korine to cram a few dozen short stories into the film, supplying the whole piece with enough detail that a standard plot is rendered unnecessary. Instead we're given a portrait of a town, a "slice of life" as such plotless films are sometimes called. We're privy to a barrage of nastiness and the occasional burst of clarity: High on glue, Tummler and Solly discuss the former's brother, who's now living as a woman in New York City. "Was he pretty?" Solly asks, stoned and earnest. Tummler thinks for a moment, genuinely considering the question before responding, "I guess so. Pretty enough to have a boyfriend." The scene isn't played for laughs, nor is it straight. It's an odd moment of defenseless sexual confusion between two aimless boys sharing a lunch bag full of glue. As such, it's gripping cinema, even though the whole thing lasts about thirty seconds.

Every image in Gummo, no matter how unsettling or ostensibly offhand, is exquisitely framed and textured, making it impossible to avert one's eyes. Even during the film's most ramshackle stretches of improvised tedium – one in particular where a drunken redneck wrassles a chair to pieces — the lushness of the photography keeps the film from veering too far off into allegory or chaos. The wood-panelled station wagons, mutilated cats, heaps of crusty laundry and soiled car seats littered throughout the mis-en-scene inspire a tactile revulsion. It's a film you can see with your fingers.

Tellingly, Korine himself can be found in the mix, as an effete wastoid using a personal history of parental abuse to seduce an unresponsive black little person. Here the director seems to fancy himself one of the freaks his film so eagerly exploits. Maybe we're all freakish – or exploitive — at our core, or maybe we ought to expand our definitions of beauty and grace? Who knows? If a long tracking shot of a mentally retarded woman with shaved eyebrows walking through a park and reciting her ABCs sounds horrifyingly offensive… it is, for the most part. But there's also a kernel of sweetness to Korine's brand of exploitation, one which defies explanation. It's simply there on the screen. If nothing else, it's certainly a less aggrandizing approach to disability than can be found in most films and television programs.

Ultimately, the film professes to love these hopeless people, even if it's largely incapable of questioning where this love truly originates. The instability of this arrangement makes us justifiably queasy, but it shouldn't obscure the moments of real insight and warmth that Korine's film offers.