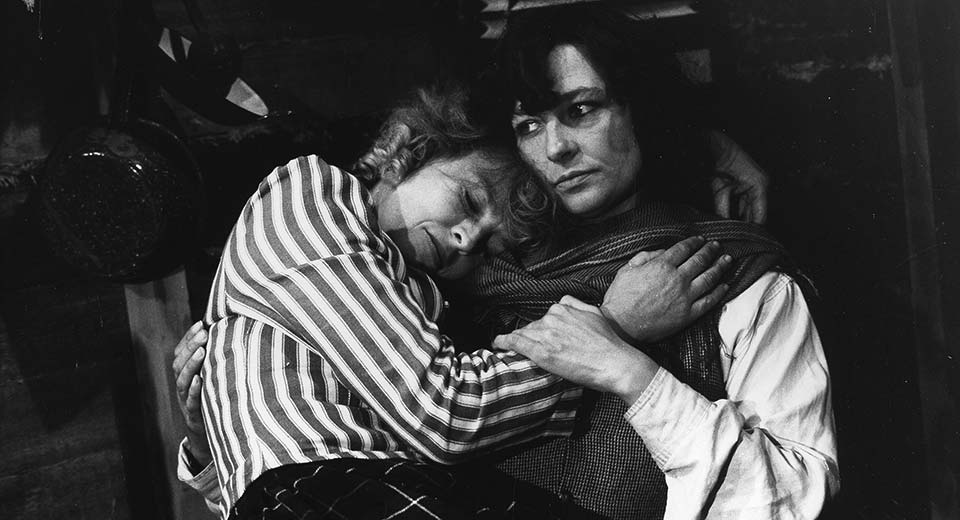 An experimental feminist examination on the relationship between women and capitalism, Sally Potter’s The Gold Diggers defies easy encapsulation. Now playing as part of the Women at Work series at BAM, the film is both an avant-garde musical and surreal silent melodrama, tackling philosophical issues with a surprising sense of play. Made by an all-female crew in 1983, The Gold Diggers follows two women of differing class and race, Colette Laffont and Julie Christie, as they come together in a quest to explore their own roles in society and the constructs that have kept them apart thus far.

Driven by Lindsay Cooper’s score, (Cooper also helped write the script, along with Rose English and Potter) the film rejects the typical narrative structure, opting to rather unfold in a song-like fashion, swinging through time and space in a circular and rhythmic manner. That, combined with stunning black-and-white photography by Babette Mangolte (best known for her work with Chantal Akerman), makes the film into a post-punk, Chaplin-esque labyrinth, where period dances, desolate landscapes, and deep reflections on the power of wealth and beauty collide. The form itself ultimately evokes the same radical freedom its characters are so desperate to find—which makes watching The Gold Diggers a liberating experience, as it leaves the viewer with a myriad of new questions, but also a strange sense of hope.