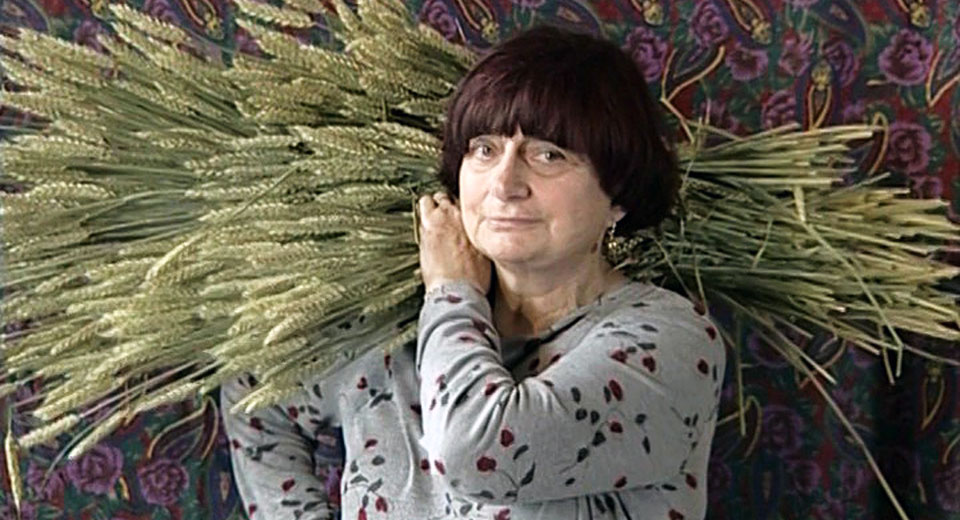 Rural French have a long tradition of gleaning, meaning to gather by hand the crops left behind after the harvest, often as a family or community practice. In The Gleaners & I, Agnès Varda recruits a lawyer to stand in a field of cabbages in his long robes and explain how the practice is protected under French law. Whether gleaning is done in order to get enough to eat, reduce waste or “for want of fun,” gleaners may lawfully practice their right to enter upon private property and take what nature produced there. Varda shows us Millet’s 1857 painting Des Glaneuses, which depicts three women gleaning a field for stray shafts of wheat. The upper-classes criticized Millet’s painting for glorifying the working class, but Varda’s film goes far beyond such a romantic notion of rural life to survey all kinds of salvaging, scavenging and collecting by those who can’t or won’t participate in ordinary systems of production and consumption.

Talk of gleaning as a rural tradition rapidly gives way to urban and suburban counterparts, in which the spiritual descendants of Millet’s gleaners pick through the aftermath of urban produce markets, near packing plants and through the trash of others. For some of them, “there’s no shame, just worries,” while others see it as their ethical duty to consume what would otherwise go to waste in a food system that is simply “stupid.” Though painters typically depict women who “humbly stoop to glean,” Varda presents gleaners as resourceful and creative, and her expansive view takes in the gleaning of images from light and the use of everyday objects in works of art. Her handheld digital camera makes for a free-wheeling, exploratory film; she shoots herself in a mirror as she combs her hair, the ground as she joins gleaners in a search for potatoes, and especially as she films her left hand with her right one. Here she encounters the strangeness of her advancing years, her hand telling her “the end is near.” She gleans the bits and pieces of such offhand material from the cutting room floor, including one sequence where she forgot to turn off her camera while walking through a field, introducing it as “the dance of the lens cap.” She shows us her leaky, molding ceiling and explains, “I like filming rot.”

Varda chats with a winemaker/therapist in Burgundy, slyly evading the fact that she is actually interviewing the famed psychoanalyst Jean Laplanche. He shares his theory that man’s ego is formed in the Other while his wife of 50 years stands by. When Varda asks her if it’s daunting to be married to such an intelligent man, her answer is no. She herself was analyzed by Lacan, after all.

Above all, The Gleaners and I is a film about France, and Varda gleans countless small moments of sublimity, like when an old man finds a batch of perfect potatoes in a barren-looking field and shouts, “These are the good ones you eat with herring!”