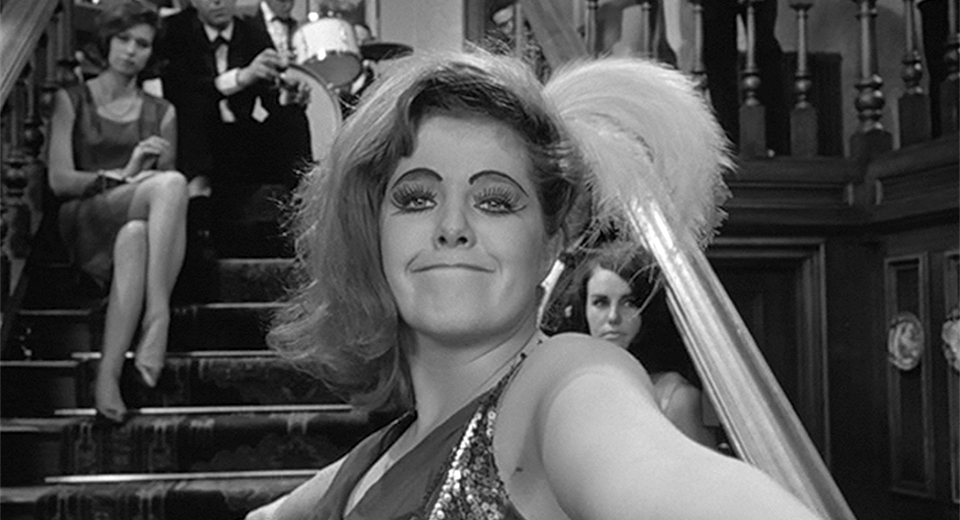 The living situations in Georgy Girl  are often described as "offbeat": the wealthy Leamingtons keep an attic bedroom for their help's daughter Georgy, from which she leads a sort of music and dance daycare for children, and to which Mr. Leamington often runs in his attempts to seduce young, dumpy, and as we're oft-reminded, virginal Georgy. She avoids these advances by running home to her "slum" flat, shared by her promiscuous, beautiful roommate Meredith and, eventually, Meredith's husband Jos, with whom Georgy has long been in love—a triangle made square by Meredith's decision to keep her current pregnancy. Everyone accepts these arrangements mainly because they are all (other than Mr. Leamington) confident that Georgy's plain, "fat" face and shitty clothes make her an always-unthreatening addition.

In keeping with the sexual revolutions rocking young men's and women's beds throughout the 1960s, Georgy Girl comes along in 1966 to set the record straight: the incredible villainy of Meredith's character serves either to explain or punish her liberal sexuality; Jos, a man who resents his day job at the bank, is horrifyingly self-centered, immature, and insensitive; and Georgy's value as human (much less woman) remains relegated to her role as either sexual partner or mother. The conclusion may recall for current audiences the end of The Graduate, which actually premiered the following year; the camera pauses meaningfully on the crying baby's face as it's handed to the new bride, who looks by turns peacefully content, then resigned, then sad, while her long-from-blushing groom grimaces. This, it seems, intends to confirm the increasingly queasy feeling that accompanies watching a creative, talented young woman marry a man twice her age (as she calls him, "her other daddy, the rich one") in order to care for her asshole roommate's unwanted child, and suggest that the restoration of the nuclear family in the bourgeois home might not be so great after all. Viva la revolution.

Playing as it does on the last day of the series, Georgy Girl invites some consideration of the so-called "Brit New Wave" as it relates to its French contemporary, and therefore, we ought to forgive it its misogyny. In fact, there's something refreshing about the nihilism ever present in the more award-wining of the Brit New Wave films, and educational, perhaps today more than ever.