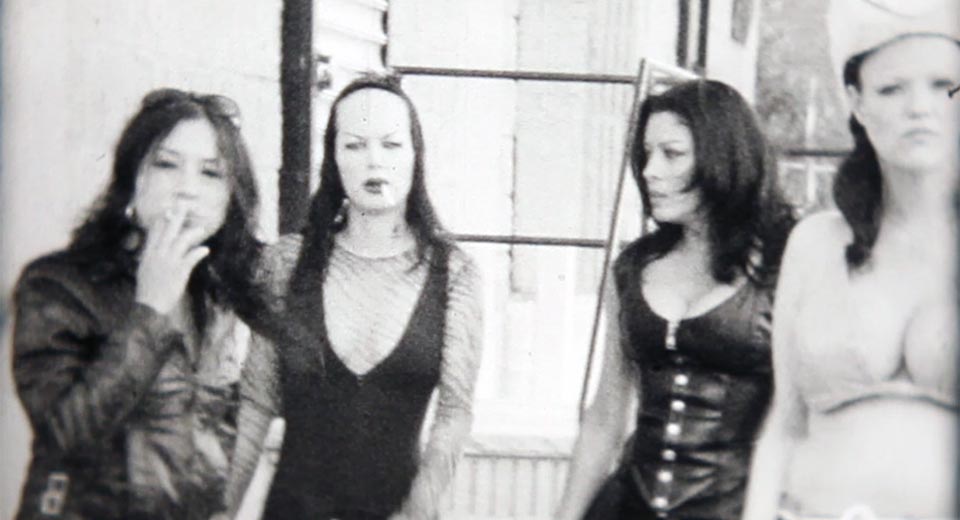 My wildest dreams? I’d like my work to inspire a feminist and queer revolution to ripple outward to free people from oppression everywhere. - Katrina del Mar

You know those girls – those girls who exude pure DGAF while also wearing perfect winged eyeliner; the girls who conspiratorially whisper to one another and glare at everyone else; the tattooed and pierced girls you are terrified to ever approach, lest they bite your head off. Those girls are the stars and the focus of Katrina del Mar’s ultra lo-fi Gang Girl Trilogy, playing at Spectacle Theater this month. The three short films that make up del Mar’s trilogy – Gang Girls 2000, Surf Gang, and Hell on Wheels Gang Girls Forever - are love letters to the much-lamented bad old NYC, but with a queer twist.

The rulers of del Mar’s NYC are all women, banded together in hard femme gangs (The Sluts, the Glitter Girls, the Ponies) who bike and surf together, looking for fights and supporting one another. In Gang Girls 2000, in fact, there is nary a man in sight – and when men do appear in later films, they’re either verbally eviscerated or beaten up. The gangs fight against discrimination (in Surf Gang, the Rockaway Ruffnecks beat up a group of rich blonde women, The Ungratefuls, for closing the beach to the public), gentrification, and each other – until they kiss it out, as in the dreamy ending to Gang Girls 2000.

The films are funny (the Ponies are referred to as “so Catherine the Great”) and, as the kids would say, a big mood: the women who inhabit del Mar’s films are authentically badass, yet soft with one another, and the films feature plenty of aesthetic pleasures – the actors’ hair and makeup, done by themselves, are a wonder of hard femininity. The gritty, pseudo-documentary feel meshes with touches of magical realism (death by glitter bomb!) to create something totally unique and worthy of discovery. Katrina del Mar will be in attendance at Spectacle tonight and on May 16 to discuss her work.