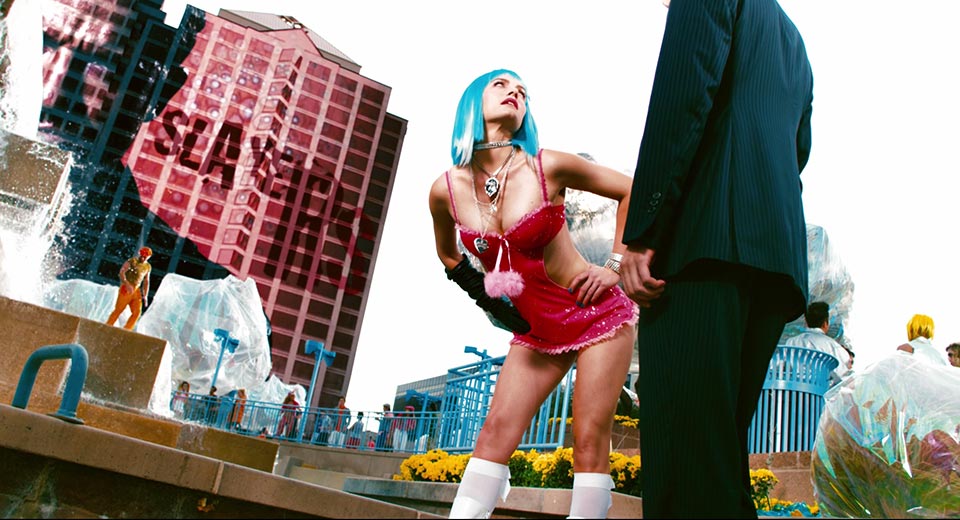 For a brief moment last decade, it seemed as though Mark Neveldine and Brian Taylor had successfully reverse-engineered Michael Bay's atomized chaos while dispensing entirely with Mr. Transformer's fumbling attempts at registering human emotion. It seemed like they were bound to produce great and challenging things, but instead the duo made just four films together before severing the slash that conjoined them: Crank (2006) and Crank: High Voltage (2009); their delirious magnum opus, Ghost Rider: Spirit of Vengeance (2011); and the stepchild of the bunch, the widely dismissed Gamer (2009). Without wasting a microliter of adrenaline, Neveldine and Taylor put their thinking caps on with Gamer, fashioning an occasionally effective satire braided through a relentless assault on the senses more familiar (and perhaps more desirable) to devotees of avant-garde video than mainstream filmgoers.

Gerard Butler plays Kable, the star of a Running Man-style game show called Slayers, in which death-row inmates compete in arena gun battles for a chance at freedom. Thanks to nanobot brain implants, their moves are controlled by gamers in the outside world. Naturally, Kable doesn't truly belong on death row (framed!) and longs only to be reunited with his blond wife and blond daughter. The former is similarly enslaved in a Second Life knockoff called Society where gamers pay IRL poor people to surrender command of their bodies, with predictably foul results. The mastermind behind all of this is Ken Castle (Michael C. Hall) with sinister designs on the world's 7 billion human brains. Hall's performance is equal parts Foghorn Leghorn and Steve Jobs, but in the years since the film's release, the character increasingly resembles Jeff Bezos's Randian self-image of a handsome world-historical figure who knows where he wants the rest of us but is forced for the moment to play by the rules.

Neveldine and Taylor want to have their cake and eat it by tsk-tsking our penchant for increasingly authentic screen violence while executing thrilling action set-pieces with acrobatic cameras and joyously tacky PS2 effects. They succeed in creating an ambiguous experience, one in which semi-coherent anti-corporate soapboxing coexists with edgelord gags at the expense of women, fat people and anyone greater than a 0 on the Kinsey scale. The film is a far greater success visually. Gamer doesn't import gaming aesthetics to the movies so much as it considers the gaming medium with every weapon in the cinematic arsenal. It doesn't feel like a video game, but it does feel like something original in the popcorn realm. It's a shame their vision didn't take.